Wild
trade in US agriculture markets with wheat leading corn and soybeans lower.  USDA reported additional 24-hour sales this morning.
USDA
export sales were good for corn and soybeans.  Conab surprised the trade by reporting a large soybean production and much smaller than expected corn output.

US
CPC: La Nina weather may intensify OND to a moderate or strong event, and peak between November and January, then weaken after April.  South America weather during La Nina events includes less than usual rainfall in eastern Argentina, Uruguay, southern Paraguay
and Rio Grande do Sul during the late spring and summer months.  US Great Plains tends to see drier than normal conditions. 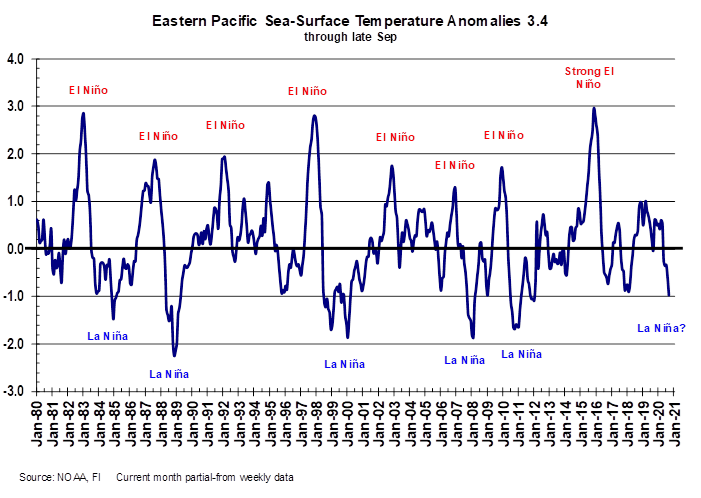 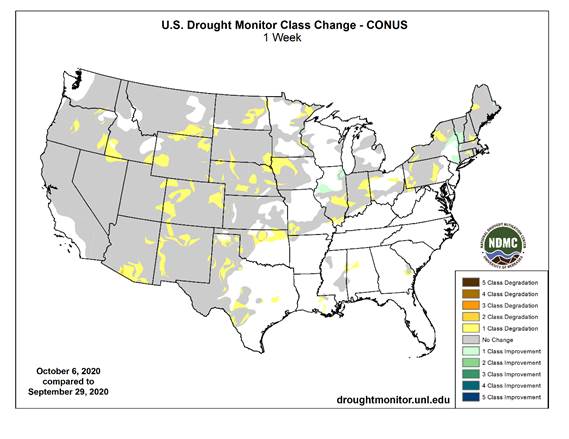 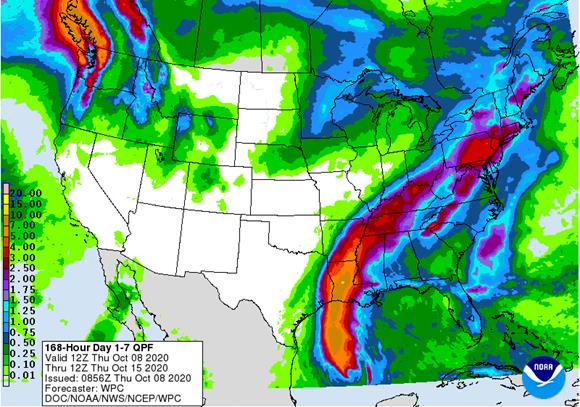 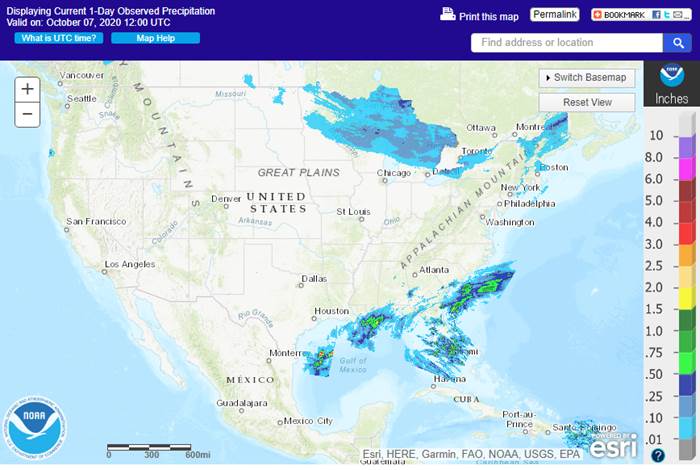 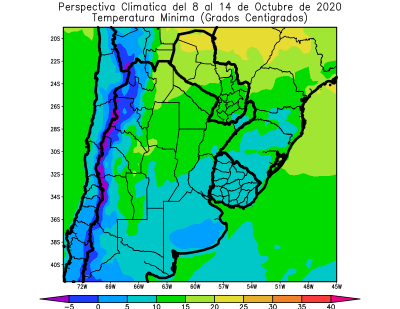 BIGGEST
WEATHER ISSUES OF THE DAY

USDA
export sales were
very good for soybeans, substandard for meal and oil, good for corn and good for wheat.  China took 1.538MMT of soybeans, but that included 449,000 switched from unknown destinations.  Mexico and Egypt were good buyers of soybeans.  Corn export sales of 1.226MMT
included Japan and Mexico as the largest buyers. 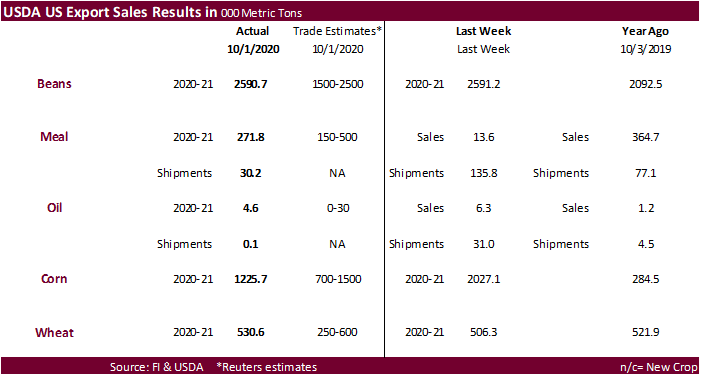 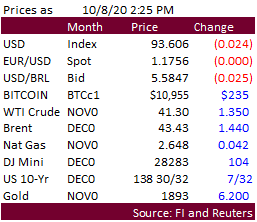 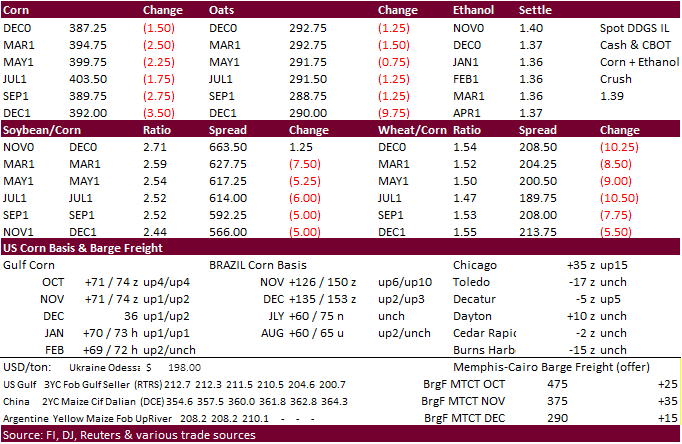 –Export
sales of 132,000 tons of soybeans for delivery to unknown destinations during the 2020/2021 marketing year 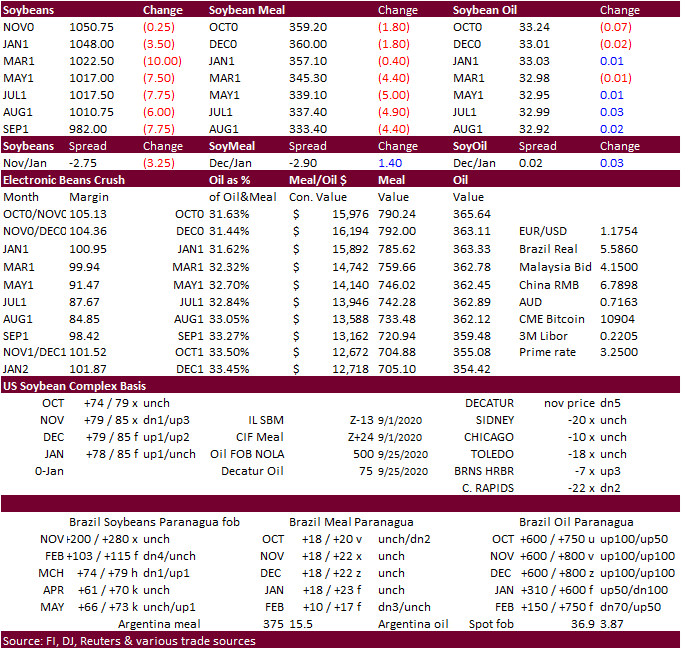