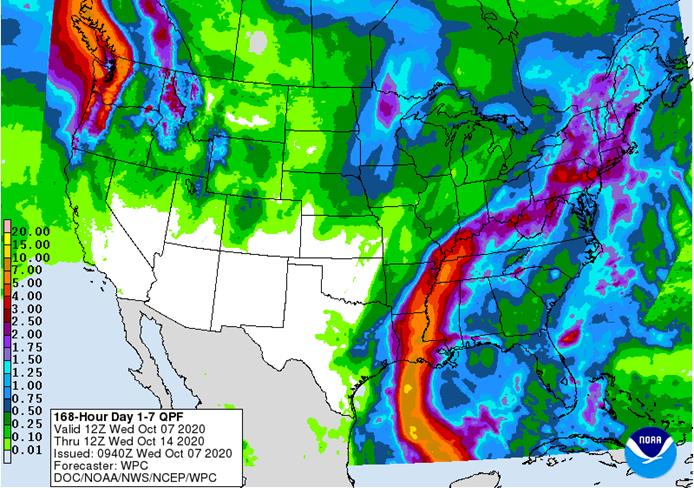 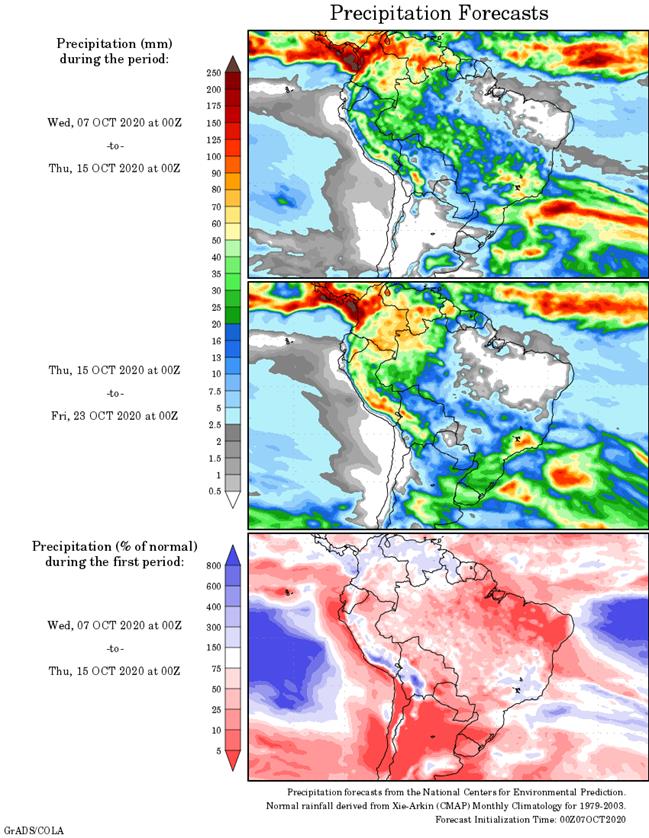 Overall,
the bottom line today is rain in hard red winter wheat is expected to be restricted during the next ten days to two weeks as was the official World Weather earlier this week. The models have been periodically overdoing rainfall in the region and today’s
GFS model run is preferred, although additional changes are probable. The European model is too wet for the Midwest over the next ten days, but World Weather, Inc. agrees with bringing moisture from
Hurricane Delta farther north into the lower Midwest than advertised Tuesday.

The
generalities of the South America outlook have not changed much today relative to the previous model run or the overall outlook suggested Tuesday. Argentina is not likely to see much rain for ten days except in Buenos Aires and eastern La Pampa where some
rain will fall this weekend to maintain a good outlook for crops in that region. In Brazil, a period of beneficial moisture will impact center west and center south crop areas next week; although portions of Mato Grosso do Sul and western and northern Parana
as well as western Sao Paulo may not get much rain and will need more soon.

China
still needs drier weather in most areas in the nation to promote summer crop maturation and harvesting and to support early season wheat and other winter crop planting. The northeastern Provinces are still much too wet, although the region has seen a little
less frequent and less significant rainfall recently.

Limited
rainfall in Western Australia continues to raise worry over potential wheat, barley and canola yields in unirrigated areas away from the coasts where reproduction might occur without sufficient moisture to support the best yields. There is still time for improved
rain, although none is expected for the next two weeks.  Rain in southeastern Queensland and northeastern New South Wales should translate into favorable sorghum and cotton planting conditions, but the event is still more than ten days away which warrants
a little caution since changes can still occur over time. 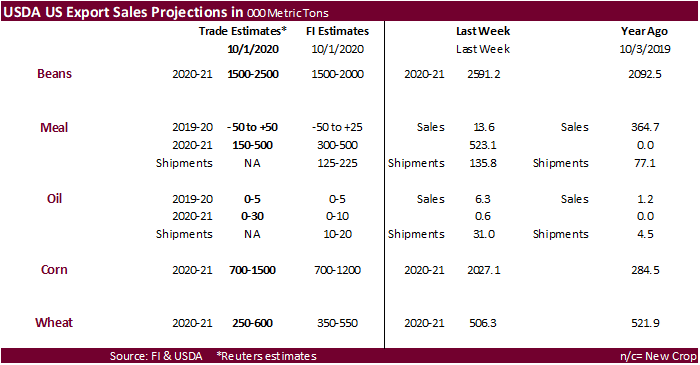 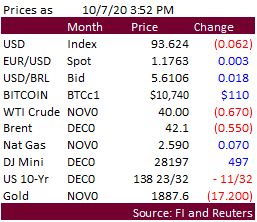 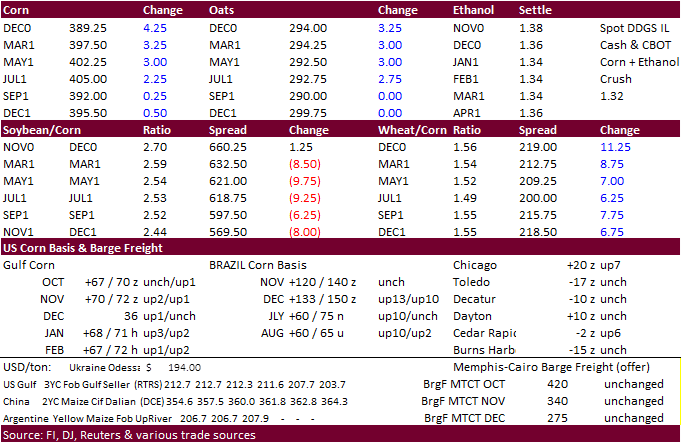 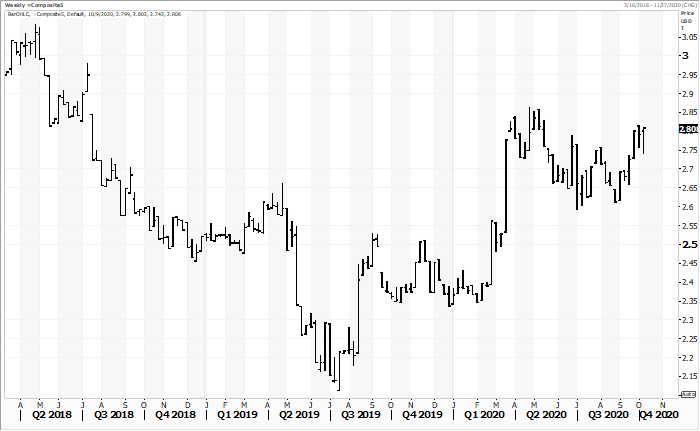 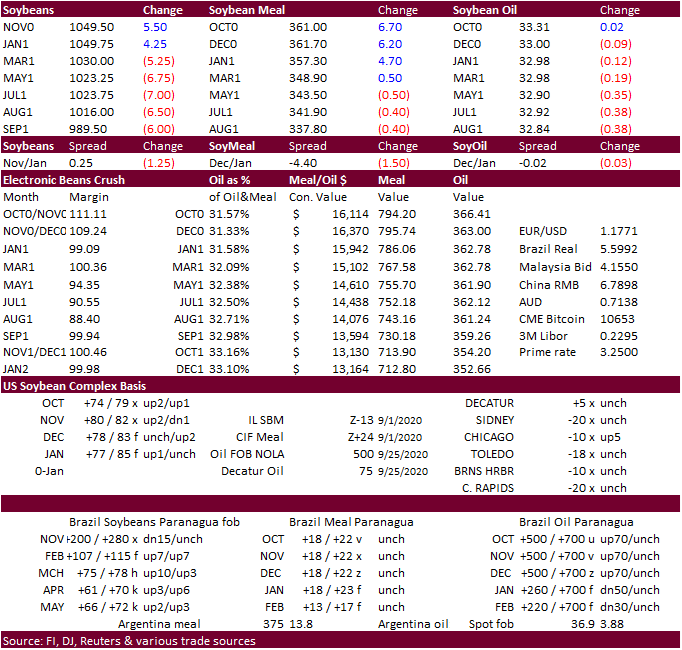