USDA
reported 160,020 tons of corn to Mexico.  Traders were are, and still mulling over the data due out this week.  Wildcard is what will USDA report for soybean and corn production at the end of this week, which could trump the recent rally post stocks report.
With China on holiday, news is steady.  SA weather turned slightly unfavorable and more rain is needed for Argentina.

All
figures in percent:

WEATHER
ISSUES OF THE DAY

WEATHER
TO WATCH IN MORE DETAIL 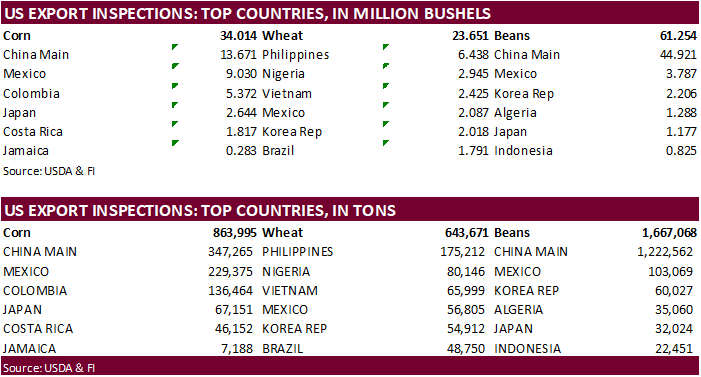