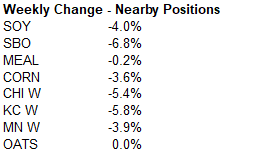 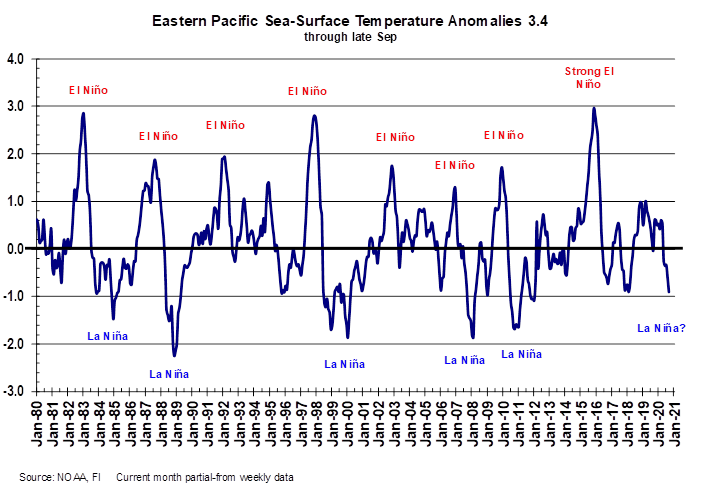 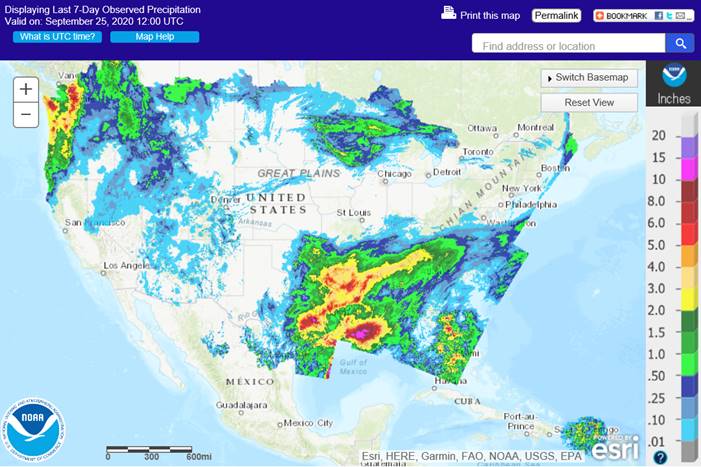 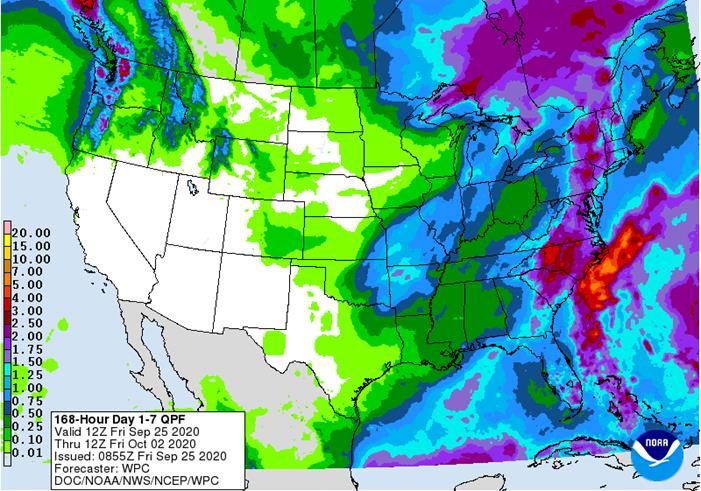 MOST
IMPORTANT WEATHER TO WATCH

Index
funds were very busy buying corn and soybean meal.  Traders missed estimates for the net long corn position (more long than expected) for the week ending 9/22 and also missed in the other direction the soybean position.

Placements
came in much higher than expected and on feed was a half percent above expectations at 11.394 million head.  Placements are high due to very dry conditions across the southwest and west central US.  The COF report is seen supportive for corn. 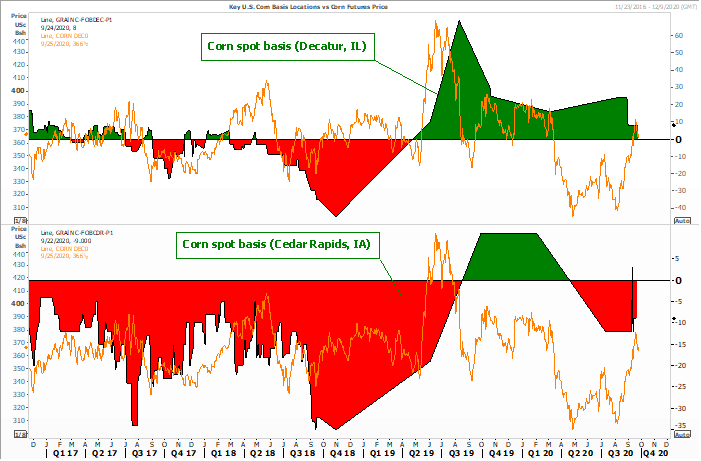 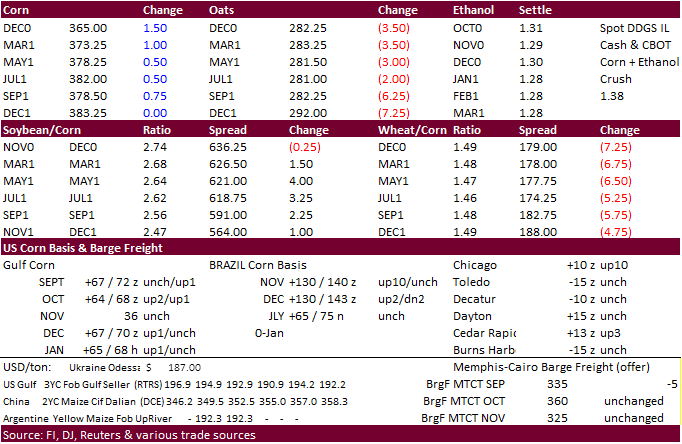