Today
we saw a higher trade with exception of soybean meal (product spreading). Soybean oil traded in a wide range after Reuters published a bearish article on US mandates. 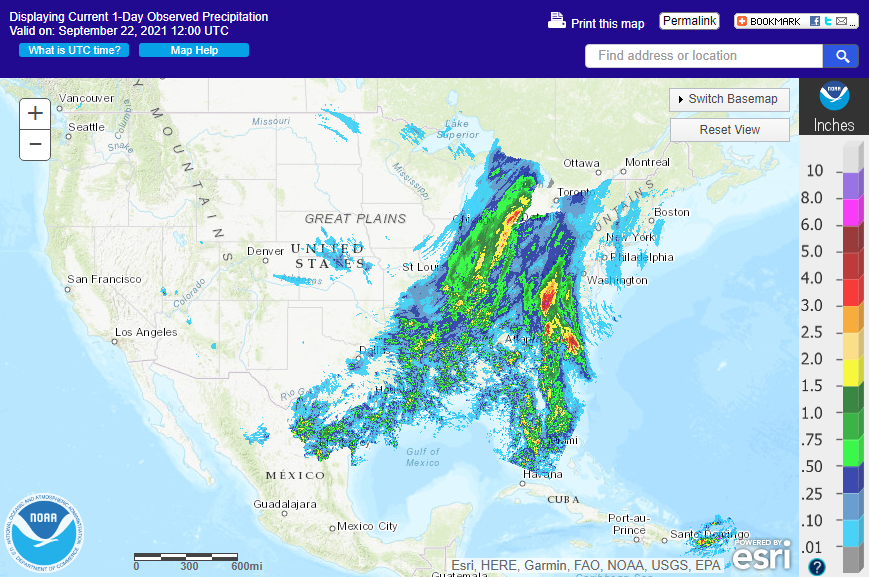 ·
Corn ended sharply higher on commercial & fund buying, unwinding of soybean/corn spreads, after the December contract hit a one-week low.  Outside markets lent support.  WTI crude was up about $1.50.

·
Oats were limit up.  Reuters chat mentioned “US buyers looking for 3 x 10-15kT vessels of Scandinavian/UK oats and no offer.”

·
There is already talk of US acreage decisions for 2022 and latest word was producers plan to slightly scale back on corn plantings due to high fertilizer prices.  Meanwhile spot fertilizer is expensive and, in some areas, hard
to find for winter wheat producers after imports of the key ingredients dropped amid hurricane Ida logistical problems.

·
Cattle on feed and the hogs & pigs reports will be released after the close on Friday.

US
weekly EIA ethanol production was off 11,000 barrels per day to 926,000 barrels.  Trade was looking for production to be up 4,000.  Stocks increased 101,000 barrels to 20.111 million.  Trade was looking for a 4,000 increase.  Production for the corn crop year
(Sep-Aug) are off to a slow start relative to pre-pandemic levels and stocks are low for this time of year.  With ethanol margins improving due to energies rallying and corn prices dropping, we look for a good recovery in production over the next few weeks. 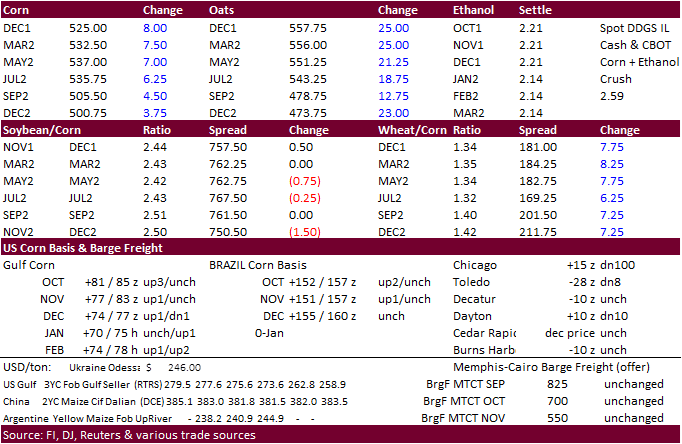 ·
Soybeans ended higher on commercial buying and China returning from holiday.  Overnight there was talk of Chinese soybean interest.  However, no 24-hour sales were reported.

·
Meal was on the defensive.  Soybean oil ended 103-108 points higher after palm oil rallied and bottom picking.  Soybean oil traded is a very wide range on talk the EPA may lower mandates.  “Credible” sources confirmed this with
newswires but later some industry groups shunned unofficial announcements.  The EPA did not respond to several inquiries.

·
Many industry people think lower mandates will have little impact on ethanol related products but could have a bearish implication for biodiesel.  When reviewing consumption for 2020 and 2021, it makes sense to lower the ethanol
mandate to align with gasoline consumption, but many trucks during the pandemic were still on the roads, so biodiesel mandates may see a less percentage reduction than conventional fuels, in our opinion.

·
Earlier we heard US biofuel blending proposals will be out on Friday.

·
Germany plans to phase out palm oil as a feedstock for biodiesel production from 2023.  They are a minor player when it comes to this feedstock (about 4% palm, rapeseed is 60%). 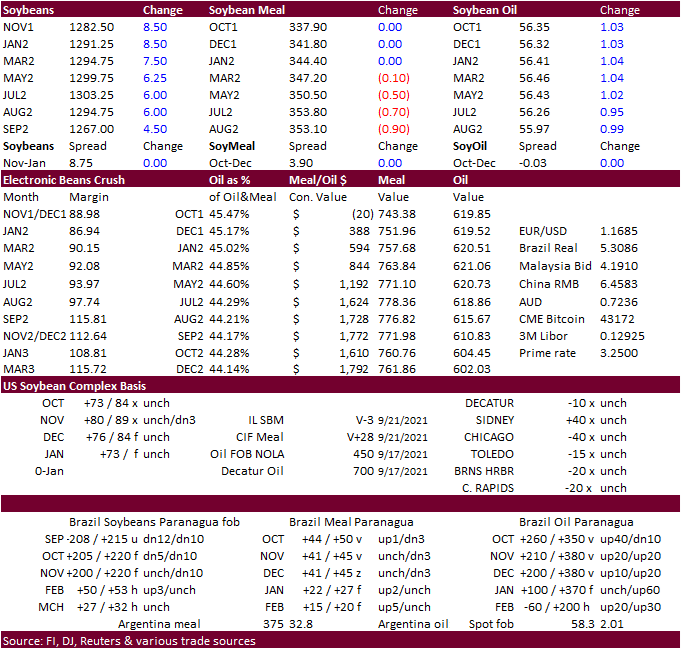 ·
Wheat futures traded higher, snapping a four-day losing streak.  There was not much news for the wheat market.  Technical buying was confirmed after funds bought an estimated net 10,000 contracts.

·
US weather looks favorable over the next two weeks.

·
The USD was 13 points higher as of 2:20 pm CT, reversing from a lower trade earlier today.

·
The Philippines bought an estimated 112,000 tons of feed wheat. Two 56,000-ton consignments for shipment in December 2021 and January 2022 were bought near $350/ton c&f and thought to originate from Australia.