StatsCan
Canadian production estimates are viewed as supportive for wheat and canola, but soybean prices fell on light technical selling and oil/meal spreading.  US Gulf shipments are starting to increase.  Corn and wheat rallied in part to wheat production concerns. 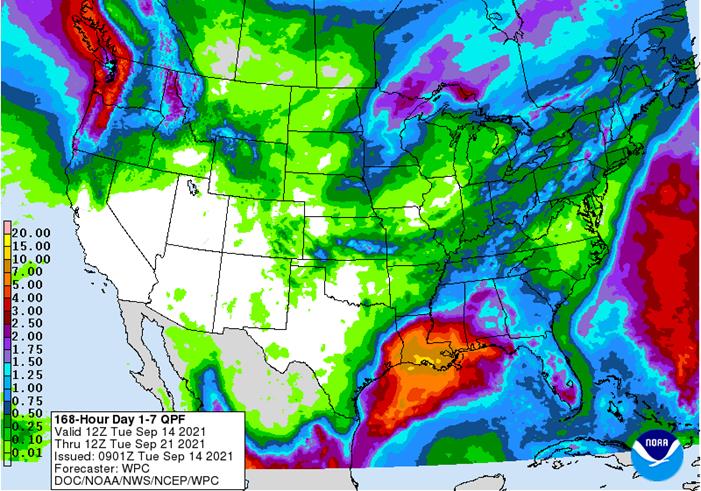 o
Rainfall through dawn today varied up to 7.00 inches along the upper Texas coast with 3.00 to 6.00 inches common

o
Flooding is also expected along the upper Texas coast

o
Additional rainfall of 4.00 to 10.00 inches will result in these areas with local totals to 13.00 inches in southern Louisiana

o
Rainfall may be a little more abundant than desired, but no serious impact is expected other than slowing crop maturity and some fieldwork

o
Planting of winter crops will advance, too, although some areas are still too dry for quick germination and plant emergence

o
Waves of additional rain are expected in southern Brazil over the next ten days, but rain in center west and center south crop areas will be minimal for a while

o
Rain is still needed in all coffee, citrus and sugarcane production areas and it would be good for soybean and corn areas in center west and center south

o
Queensland winter wheat and barley yields are likely to slip lower this year because of frost, freezes and dryness in unirrigated areas

o
Above normal rainfall in central and northern India will be good for some late season crops, but some drying will soon be needed

o
The moisture in the southwest will shift into France, northern Italy and parts of Germany over the next several days.

o
Temperatures will be warm biased 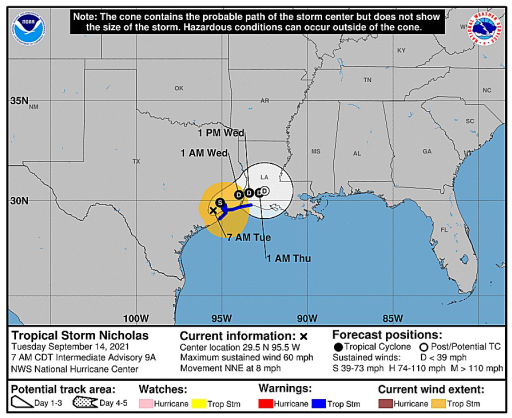 China
To Sell 7.38Mln Barrels Of Crude From Reserve September 24

·
US corn futures ended 4.75-7.00 cents higher on technical buying and one point drop in US crop conditions to 58 percent.  The rally in wheat, and corn/soybean spreading added to the upside movement.  December ended back above
$5.20 at $5.2025/bu.  Earlier this week both November soybeans and corn held above their 200-day MA’s.

·
US harvest progress could slow during the last half of this week from the tropical storm in the Gulf.  4 percent of the US corn crop had been harvested as of Sunday.

·
This week some of the filed reports are showing mixed yields for corn and soybeans, but most of the locations we read are above last year.  One plot in central IL has poor stalk quality. 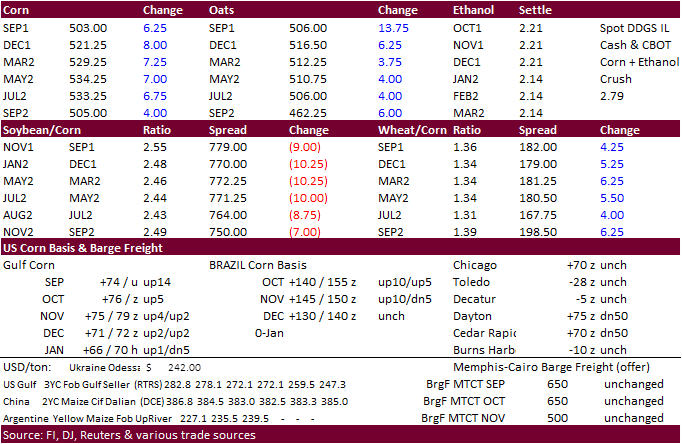