Trade
was at looking for unchanged for both corn and soybeans.

We
booted our US corn and soybean production estimates based on October USDA yields versus trend, higher US harvested area, and steady to improved conditions from late August.

WASHINGTON,
September 13, 2021—Private exporters reported to the U.S. Department of Agriculture export sales of 132,000 metric tons of soybeans for delivery to unknown destinations during the 2021/2022 marketing year.

Many
ag future contracts rebounded well off session lows.  Soybean meal and nearby soybean oil closed higher, which supported crush.  Corn was on the defensive for much of the session.  Wheat was mixed. 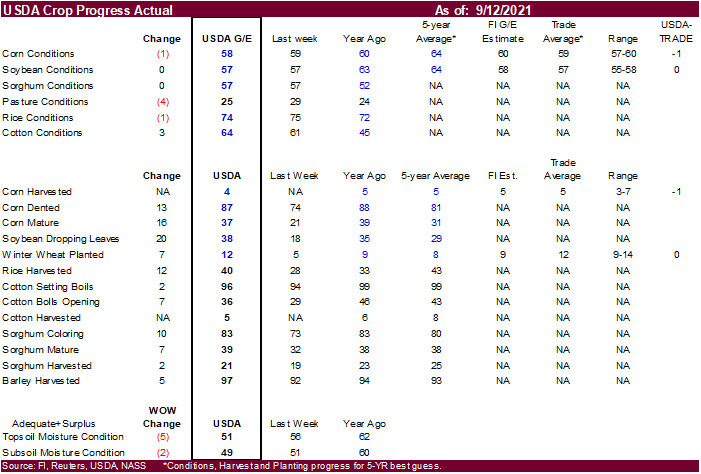 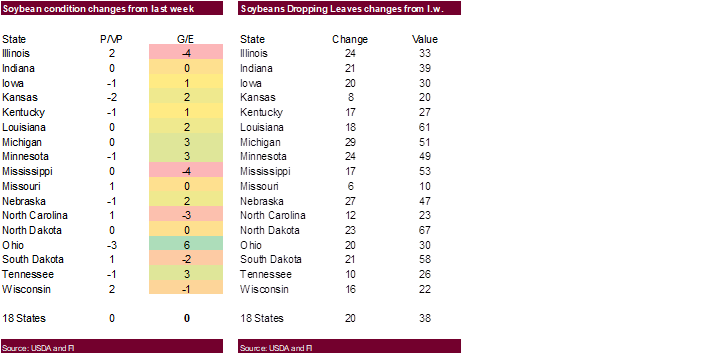 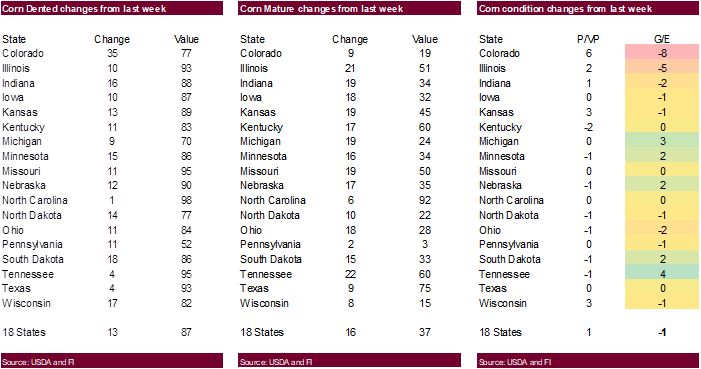 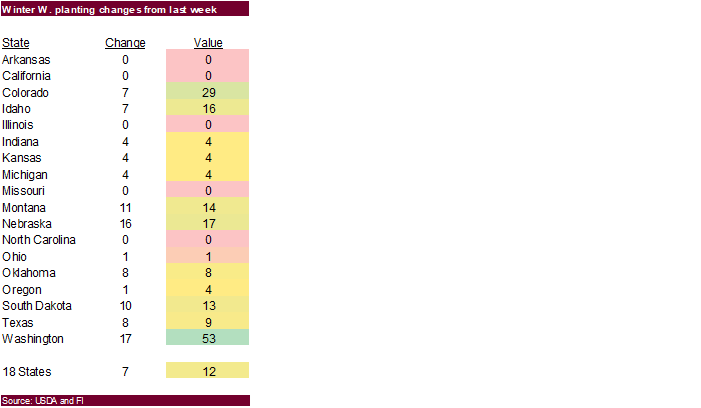 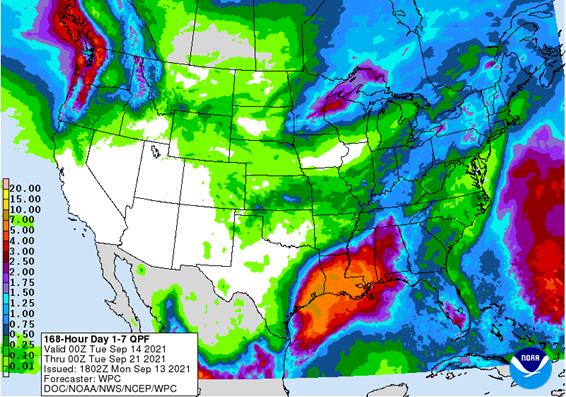 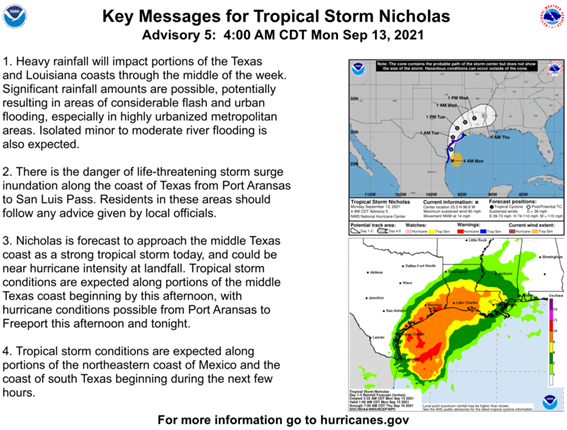