USDA
reported 318,000 tons of soybeans sold to China and 175,000 tons of soybean meal sold to the Philippines.  The US will see wetter conditions for the Sunday/Monday period where rains in Iowa and Illinois occur, although this is too late.  US markets are closed
on Monday for the Labor Day holiday.  US holiday trading schedule in excel format 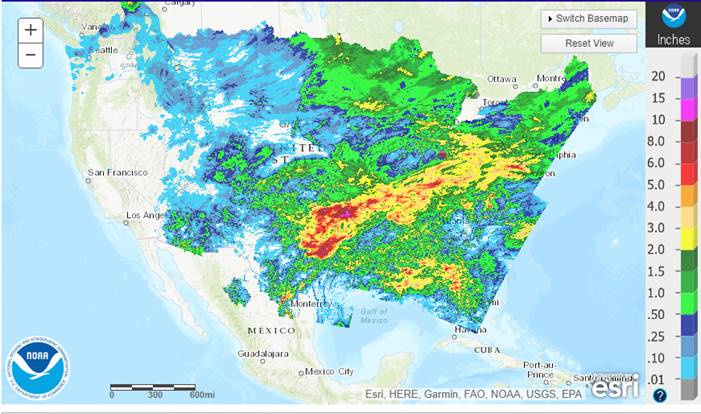 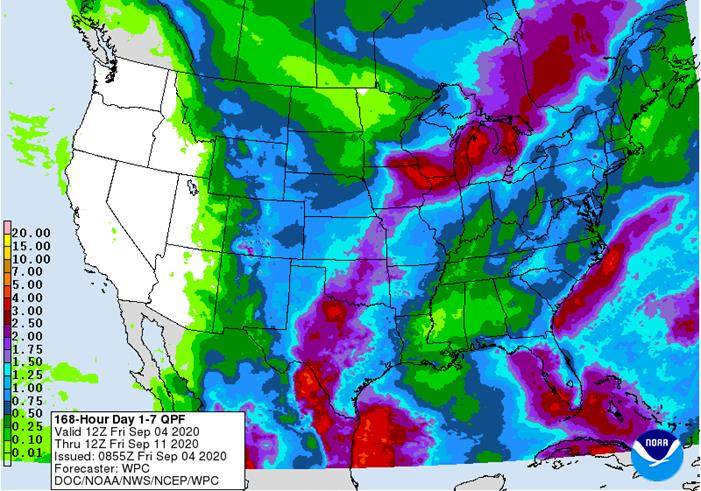 Today’s
forecast model runs are still keeping the general theme on the cold similar to that of Thursday with the west-central and northwestern Plains into eastern Canada’s Prairies most vulnerable frost and freezes. The heart of the Midwest will see abundant rainfall
and that will help ease dryness in some areas and help hold temperatures up while the unusually cold airmass moderates. The second week of the outlook in key Midwestern locations is a little drier biased and warmer weather will return.

Rain
is still expected from Italy into a part of Poland periodically in the coming week to ten days. Rain will also fall in northern parts of the U.K. and in the Baltic Sea region. Net drying occurs in France, Spain, central Germany and the middle and lower Danube
River Basin. Some showers will occur infrequently in central and eastern Ukraine into Krasnodar while much of Russia’s Southern region northeast of Krasnodar will be mostly dry along with western Kazakhstan