Note
prices and basis can be found after the wheat section.  We migrated to the cloud so it may take up to a month to get back up and running with multiple tables to support the reports that are issued on a daily basis

Calls:
(note
some are calling the market lower due to less than expected drop in crop conditions and StoneX survey results)

Volatile
trade was seen today.  U.S. Delta will receive additional rain this week keeping producers out of the fields while drier weather will occur in the Midwest and Delta late this week.  USDA announced 596,000 tons of corn was sold to China for 2020-21 delivery.
Malaysia was on holiday.  Egypt seeks soybean oil and sunflower oil for November shipment.  Algeria seeks 50,000 tons of wheat and it was confirmed Pakistan added 320,000 tons of wheat to their 1.5-million-ton import tender.  South Korea’s MFG is in for 70,000
tons of feed wheat. 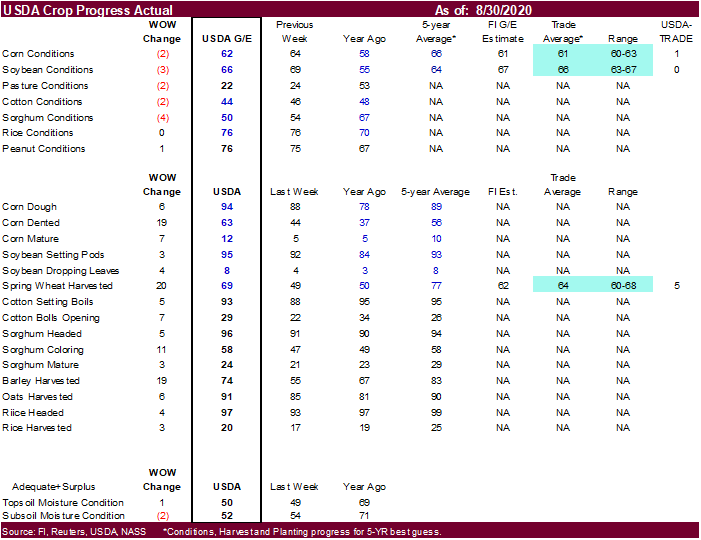 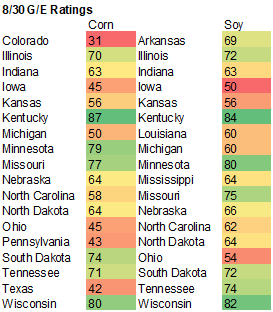 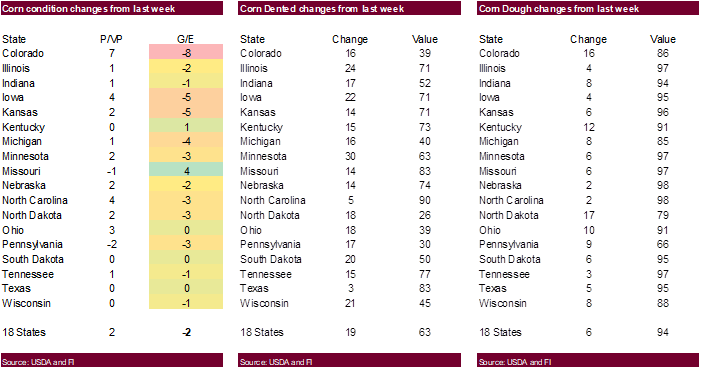 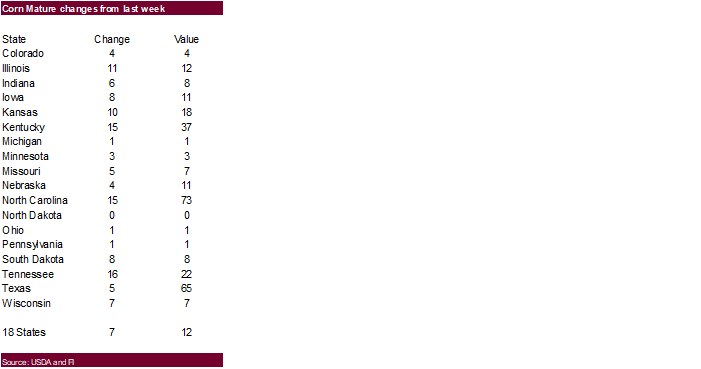 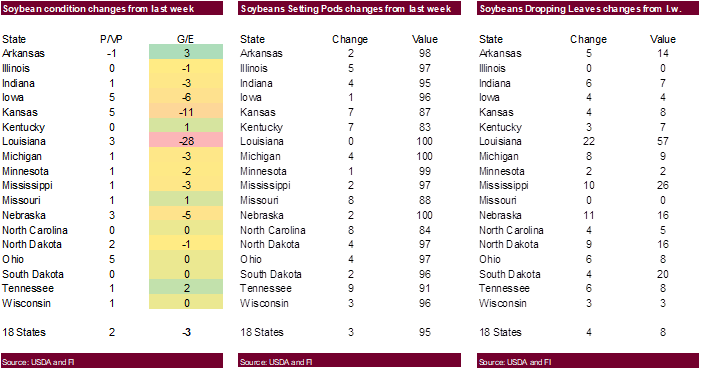