USDA
reported sales of 747,000 tons of corn to China and 140,000 tons to unknow, both for new-crop.  There were no major surprises in the USDA export sales report.  US agricultures futures are higher on follow through buying related to US, EU, and Black Sea crop
concerns.

We
look for US corn conditions to decline 3 points, soybeans down 2, and spring wheat unchanged, when updated on Monday. 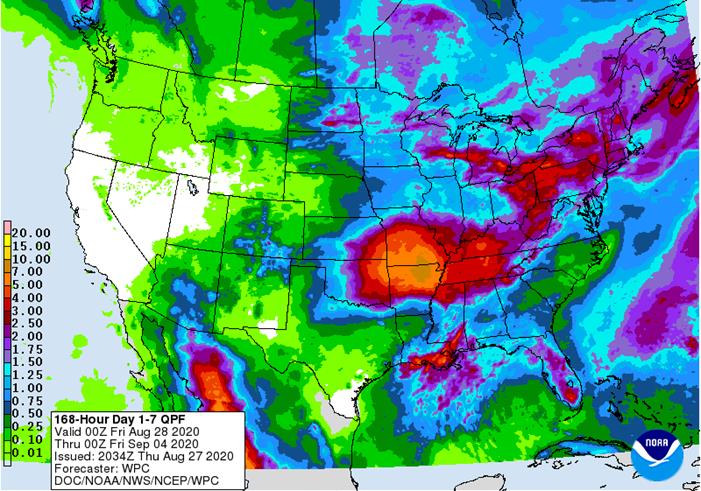 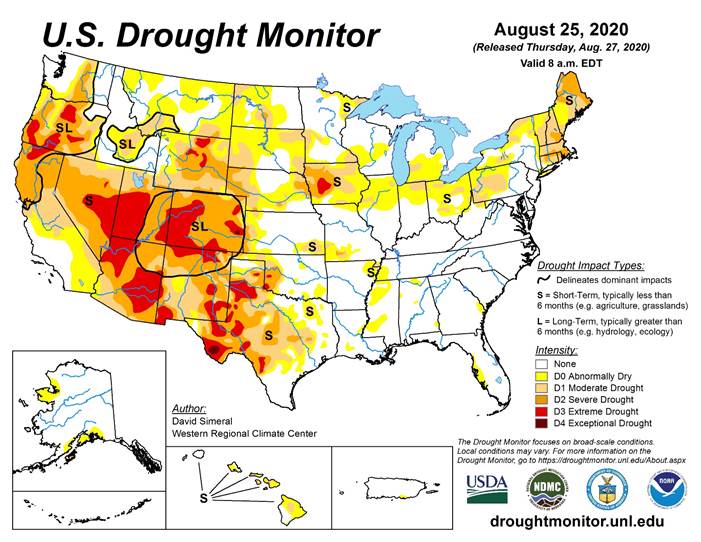 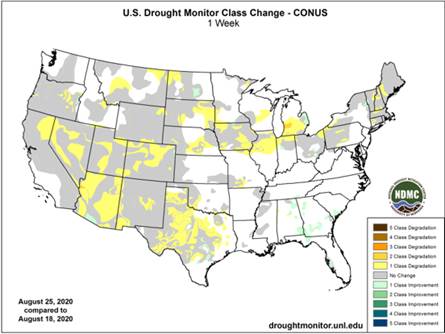 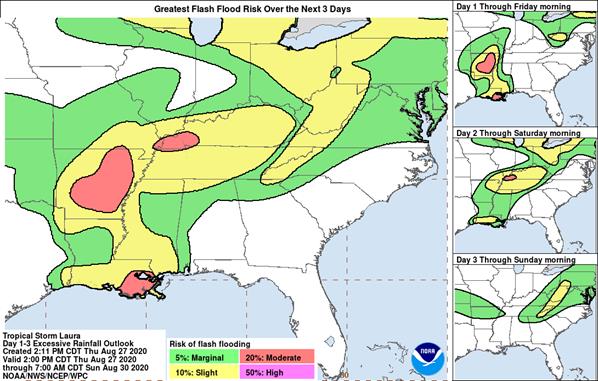 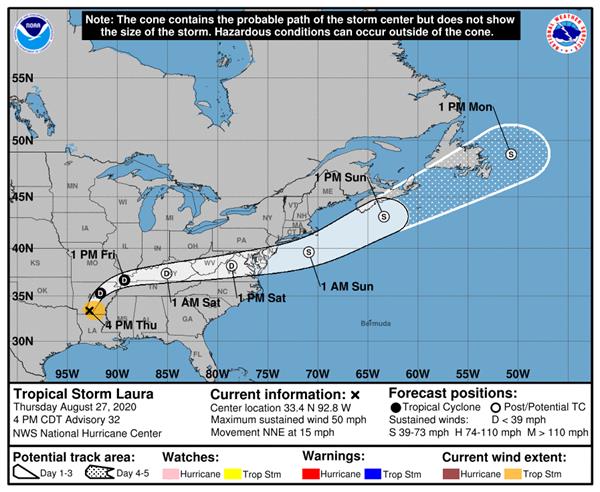 No
major surprises in USDA’s export sales report.  Meal and SBO sales remain on the light side but shipments were ok.  All-wheat exceeded expectations and corn and soybean new-crop sales were within expectations.  Pork sales were robust again at 39,400 tons with
China and Mexico taking about two-thirds of the amount. 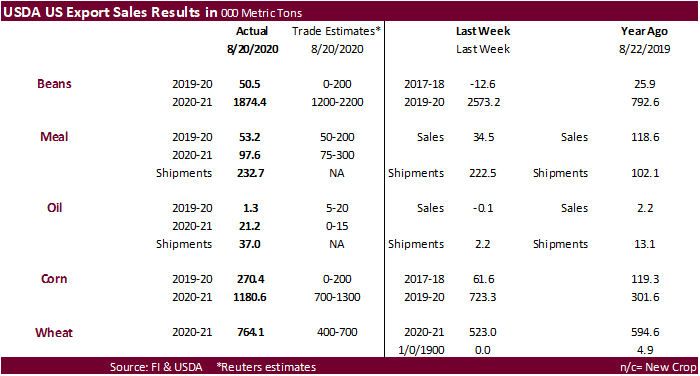 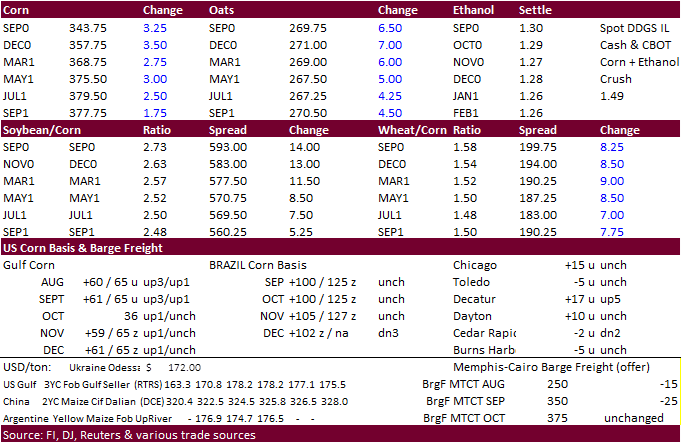 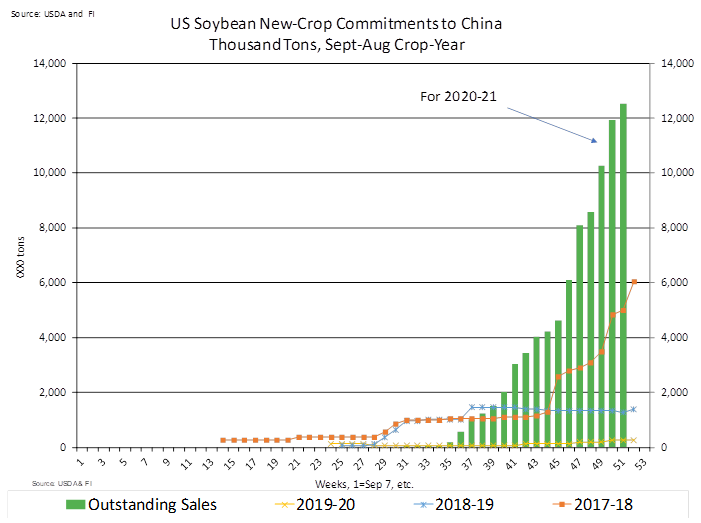 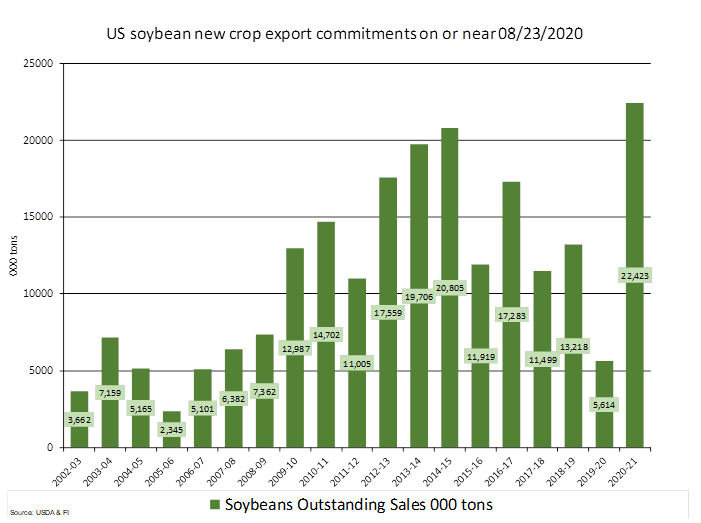 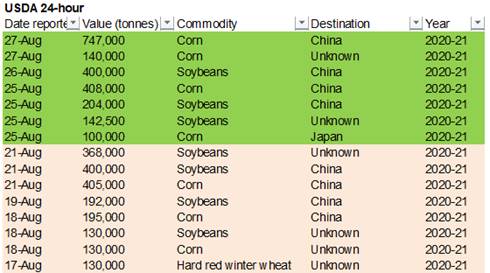 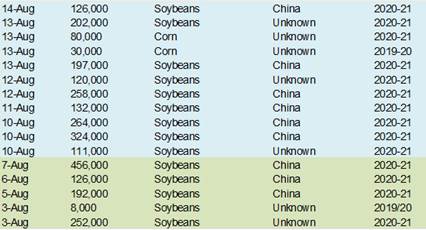 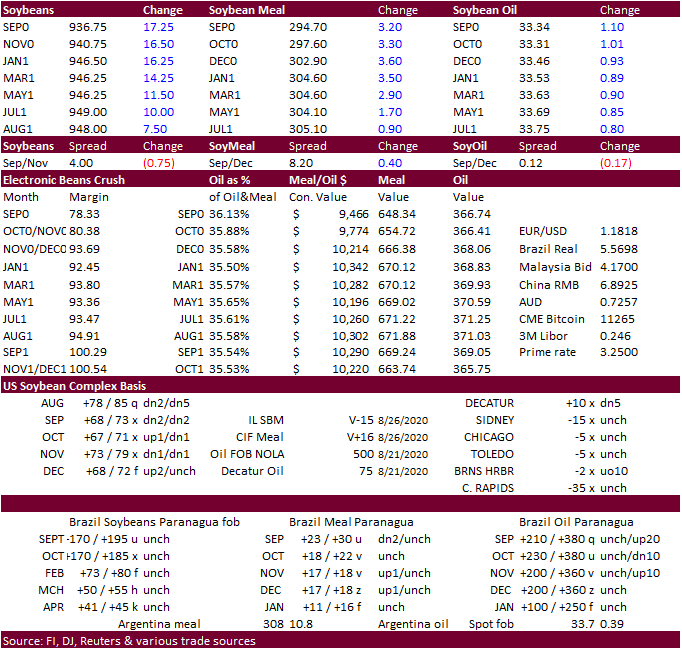 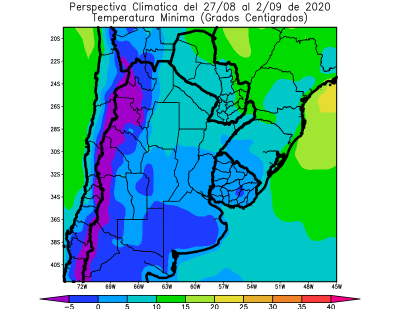 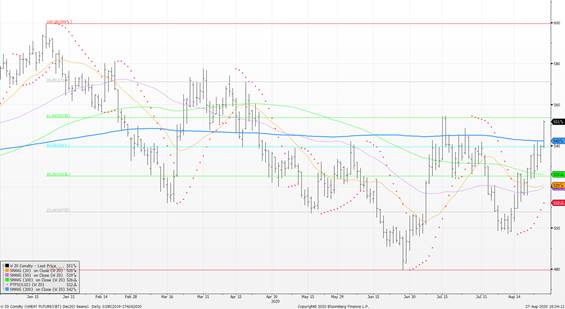 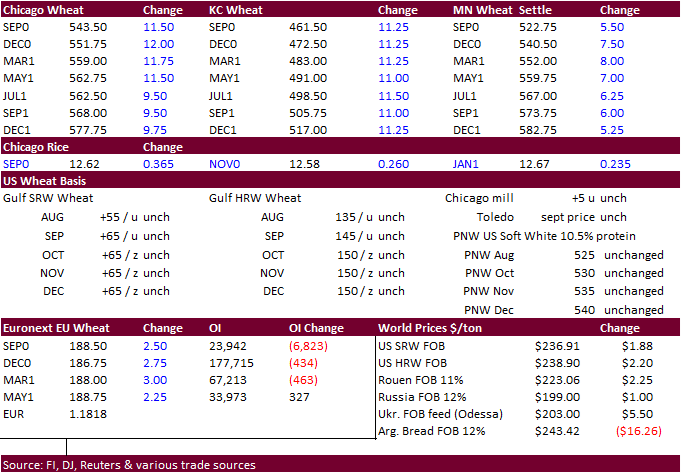 This
summary is based on reports from exporters for the period August 14-20, 2020.