USDA
reported soybean sales to China.  Tropical storm Laura was upgraded to be a catastrophic Category 4 hurricane.  Bloomberg reported China may purchase about 40 million tons of US soybeans in 2020, a calendar year record. 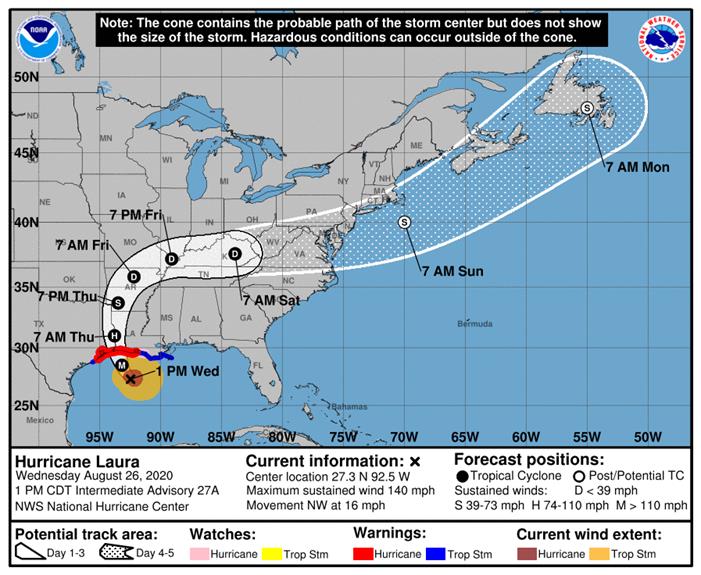 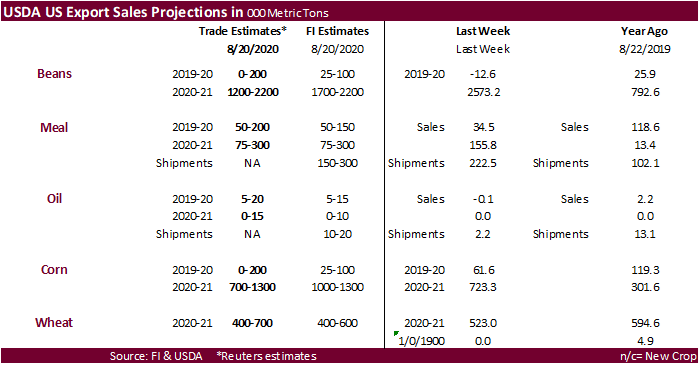 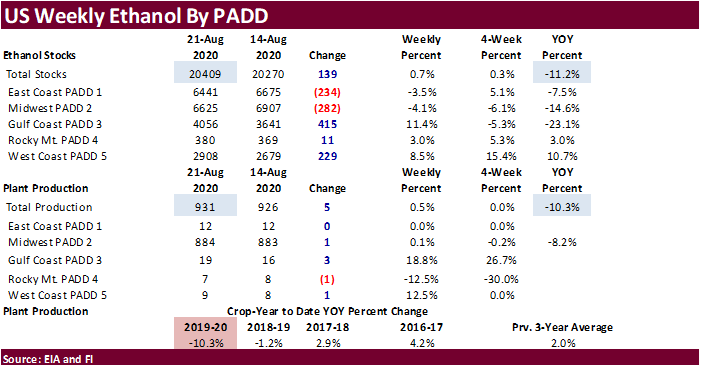 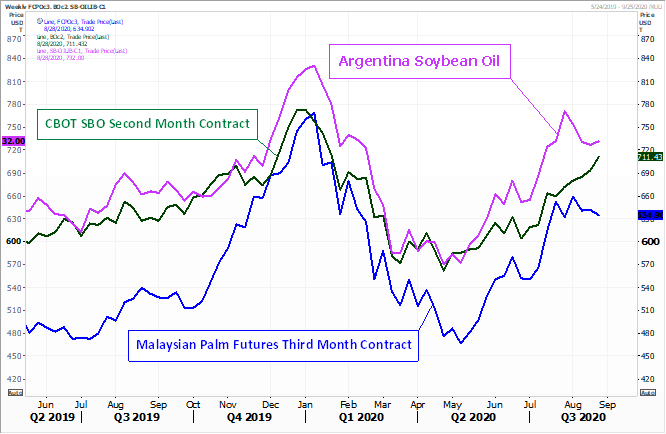 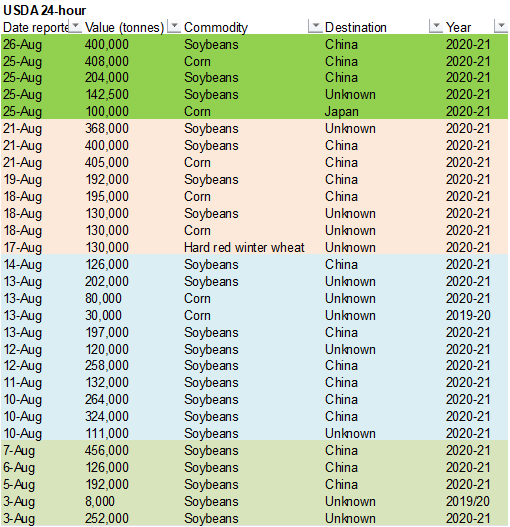 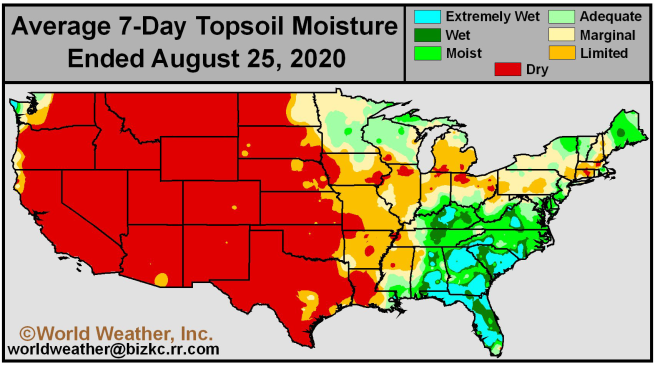 ·
The tropical storm will not be good for unharvested rice.  17 percent of the US rice crop had been harvested as of Sunday.