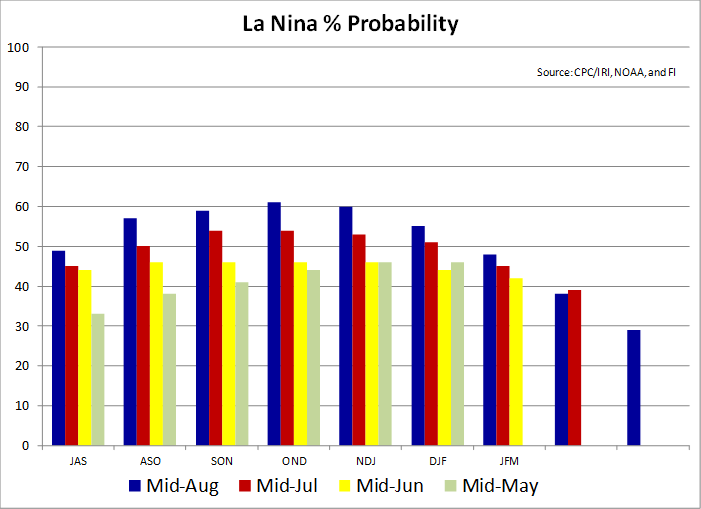 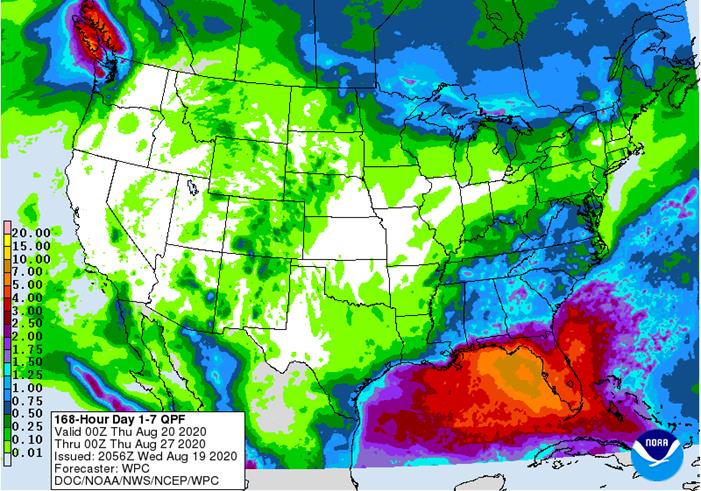 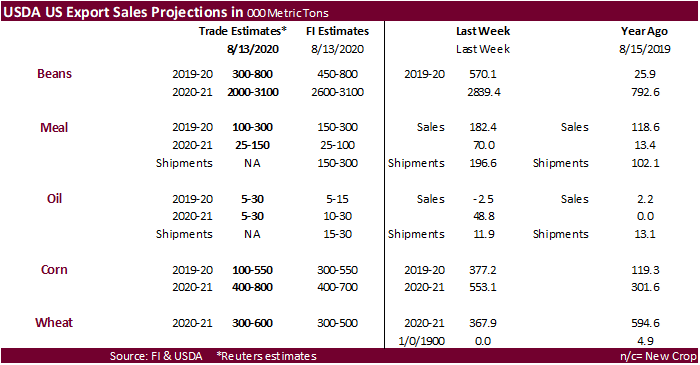 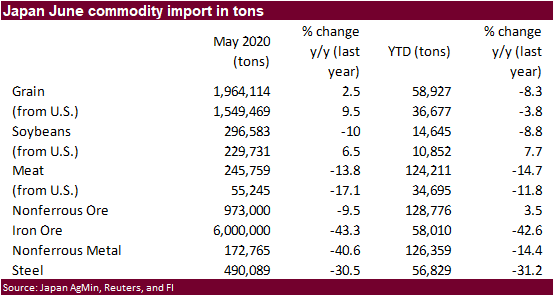 ProFarmer
Stats: based on what FI collected

#
times ProFarmer was below USDA’s Aug corn yield over the past 13 years: 8 or 62% of the time

#
times ProFarmer was above USDA’s Aug corn yield over the past 13 years: 5 or 38% of the time

#
times ProFarmer was below USDA’s Aug soybean yield over the past 13 years: 10 or 77% of the time

#
times ProFarmer was above USDA’s Aug soybean yield over the past 13 years: 3 or 23% of the time

Weekly
US ethanol production
improved 8,000 barrels from the previous week to 926,000 barrels, just shy of the September 2019 to date average of 929,000 barrels, 10 percent below the week average for the 2018-19 Sep-Aug corn crop year.  A Bloomberg poll looked for weekly US ethanol production
to be up 1,000 barrels.  US ethanol stocks grew a large 520,000 barrels to 20.270 million, opposite from a predicted 444,000 barrel decrease the trade expected.  We see this having little influence on US corn futures.  Over the past three weeks weekly ethanol
production average 930,000 barrels.  If this average remains unchanged over the next couple weeks, US corn for ethanol use may fall about 19 million bushels shy of USDA’s projection of  4.850 billion bushels. 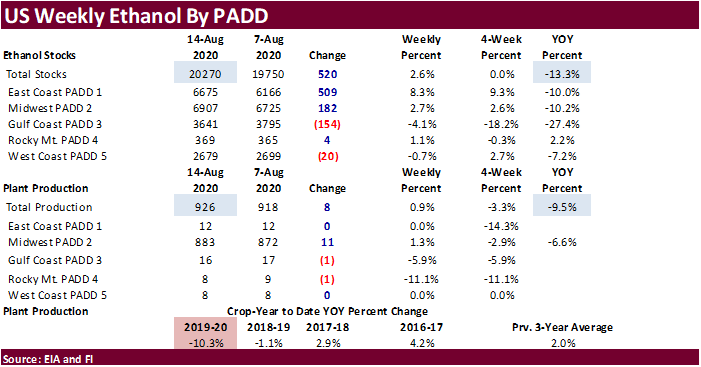 ·
Aug 1-20 Malaysian palm export data is due out Thursday and we look for a 15 to 20 percent decline from the same period last month.  SGS reported 1-15 Aug exports of palm were 20 percent below same
period month earlier at 664,392 tons.

·
Indonesia is look at increasing palm export tariffs to keep domestic prices of palm oil cheap enough to promote their biodiesel expansion initiative of 30 percent blend rate.  That rate may increase
to 40 percent sometime in 2021. 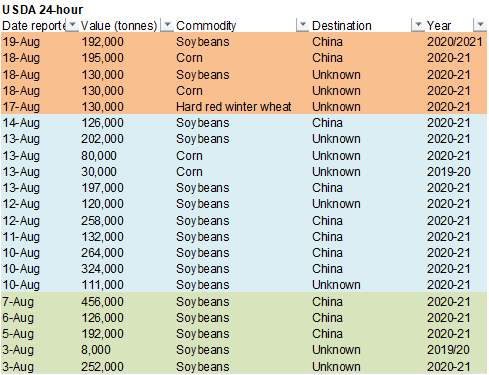