Another
258k soybeans were announced by USDA for China
and 120k to unknown.  Initial reaction to USDA’s Aug report was neutral to bearish, but the market responded by short covering positions in corn and soybeans.  Wheat ended lower in Chicago and MN, mixed in KC.  Traders remain focused
on the weather event that occurred Monday. 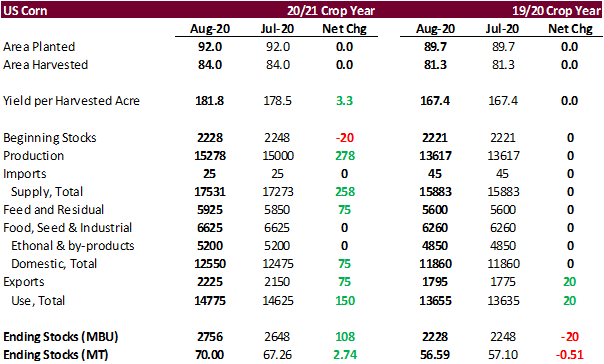 US
soybean old crop stocks within expectations but new-crop was upward revised 86 million bushels, a bearish indicator.  USDA did not upward revise old crop soybean exports, too low in our opinion.  US soybean production came in 171 million bushels above trade
expectations as the yield was reported at a record 53.3 bushels per acre, above previous 51.9 for 2016-17.  Brazil 2019-20 soybean exports were taken up 4.5 MMT to 93.5 million tons.  World soybean production was taken up 7.9 million tons, offset by an upward
revision to 2020-21 China imports by 3.0 million to 99 million.  We believe China will import of 100 million tons of soybeans in 2020-21.  Brazil soybean exports were taken up 1 million tons for 2020-21 to 84 million tons, 9.5 million below 2019-20. 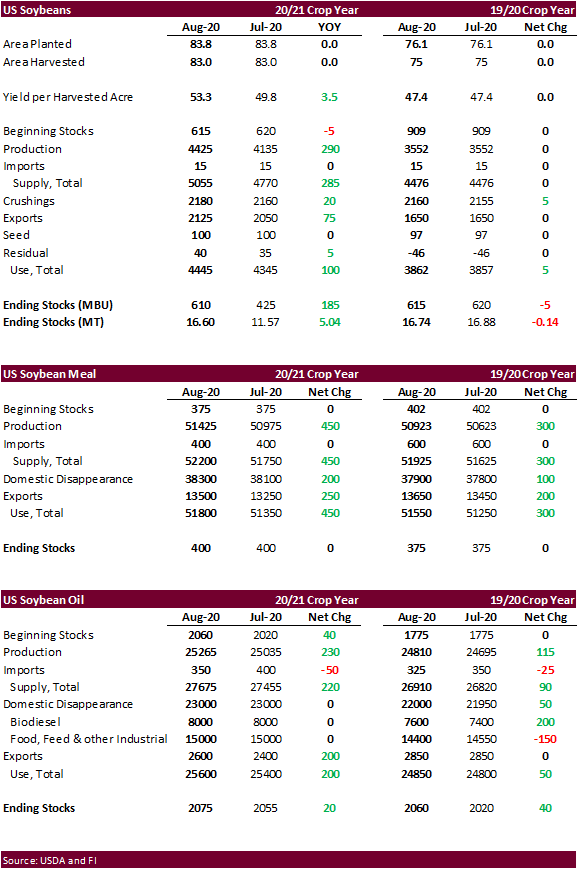 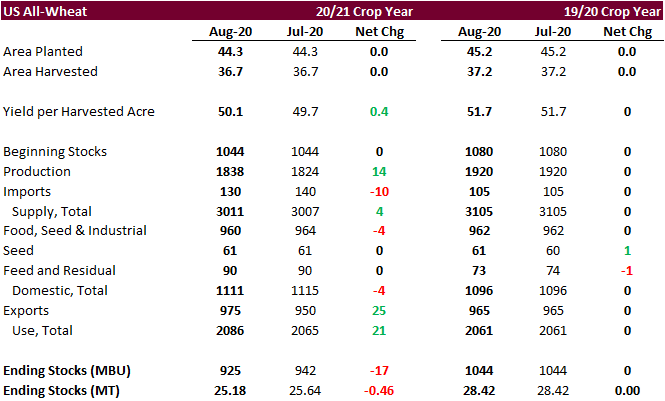 We
see this report as less influential for price reaction unlike other August report years, but short covering rallied soybeans and corn.  The trade will shift back their focus to US weather developments and impact from the recent derecho that ripped across IA
and IL.  Another focus point the trade will be watching will be upcoming soybean and corn shipments after China committed a good amount of product.  Look for prices to remain subdued over the short term.  If crop damage was not as widespread as speculated
early this week, we would not rule out $2.95 Dec corn, $8.40 Nov soybeans, and $4.75 Dec Chicago wheat. 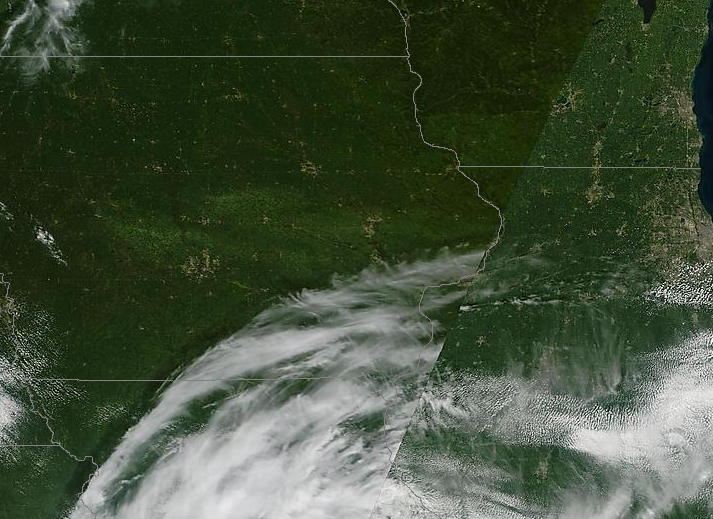 WEATHER
HOT SPOTS IN THE WORLD 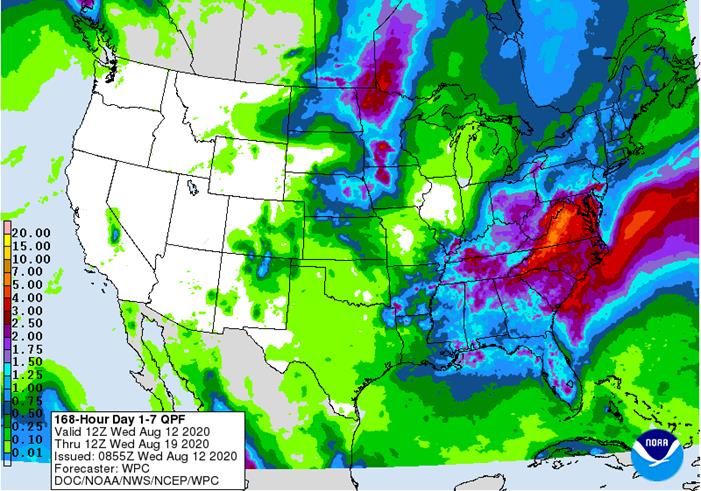 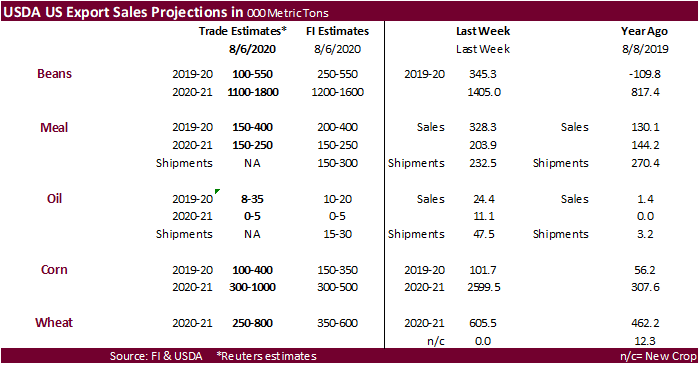 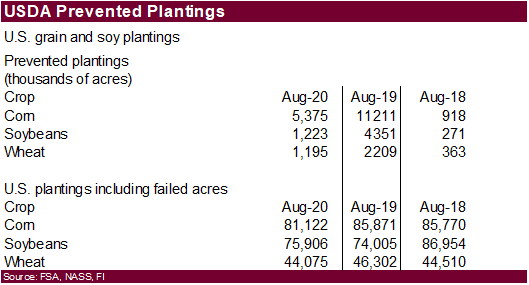 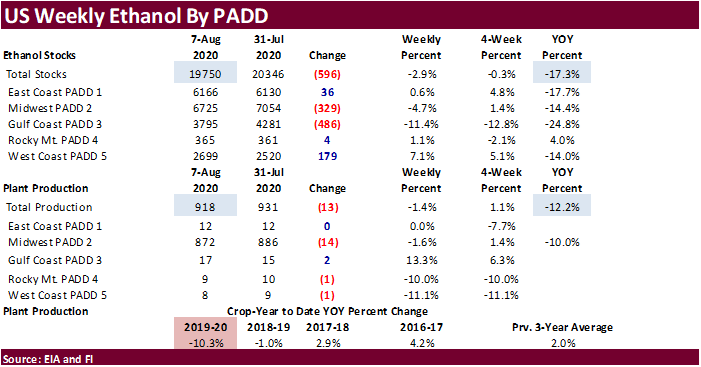 –Export
sales of 120,000 metric tons of soybeans for delivery to unknown destinations during the 2020/2021 marketing year

·
The World Food Program plans to send 50,000 tons of wheat to Lebanon.