Under
the 24-hour reporting system, private exporters reported to the U.S. Department of Agriculture export sales of 456,000 tons of soybeans for delivery to China during the 2020/2021 marketing year.  For Monday we look for US crop conditions to improve one point
for corn, soybeans, and spring wheat. 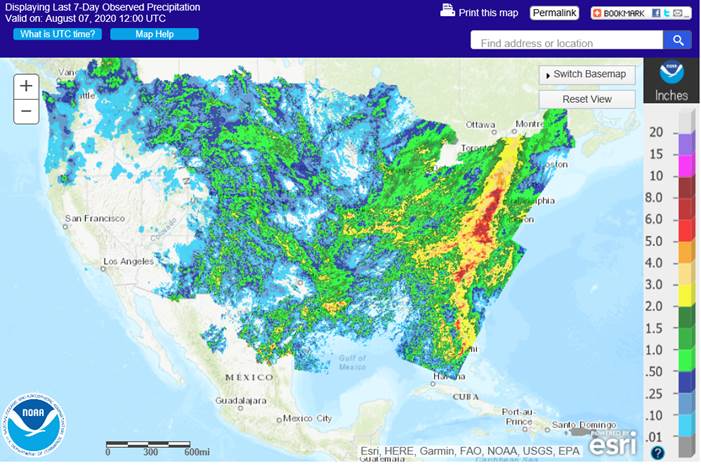 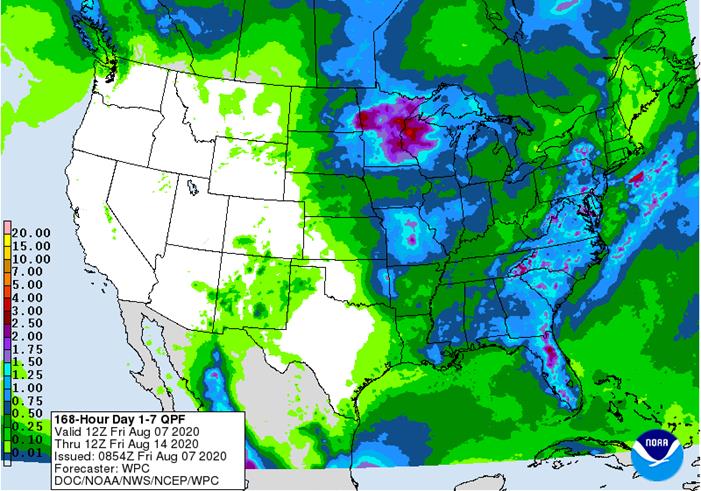 We
look for USDA to increase to 2.300 billion bushels when reported by USDA on August 12 from current 2.150 billion bushels, up from 1.775 billion for 2019-20.  US corn new-crop comments are running at their highest level since at least 2002-03, from our analysis.
They actually could be at a record. 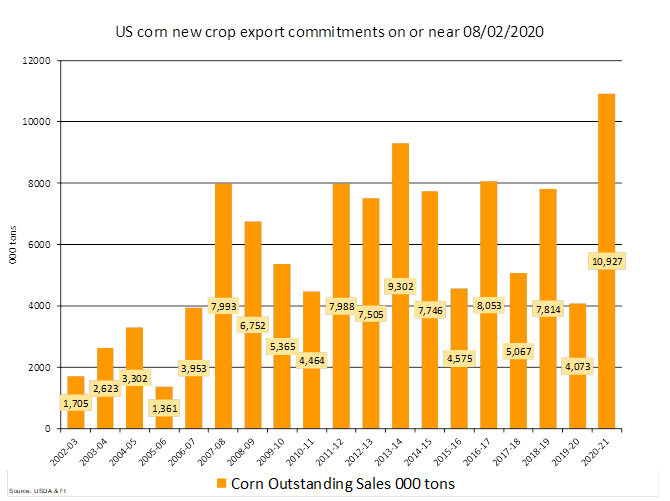 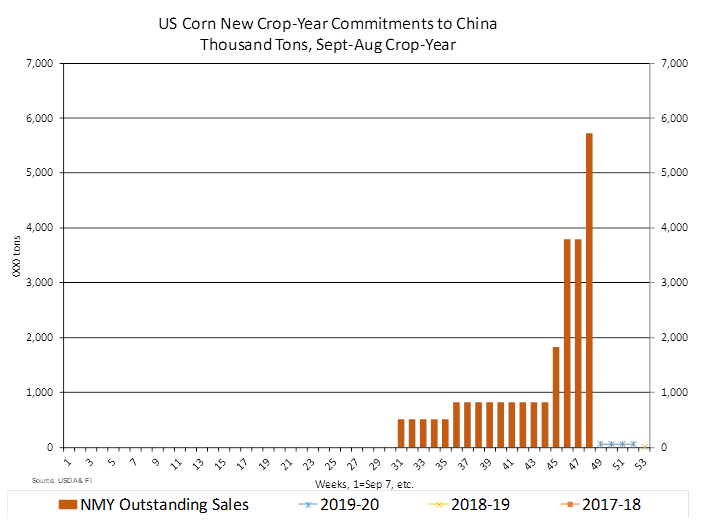 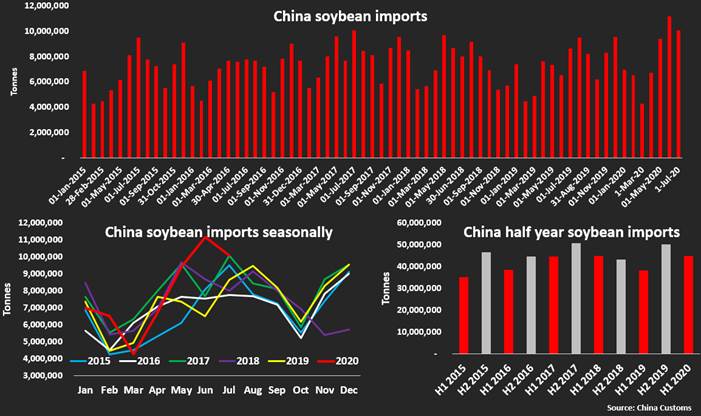 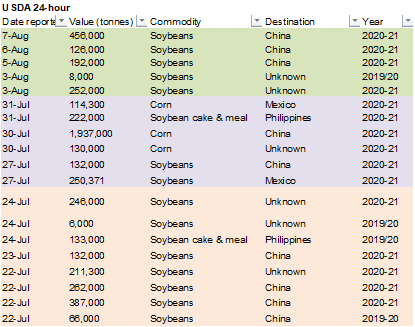 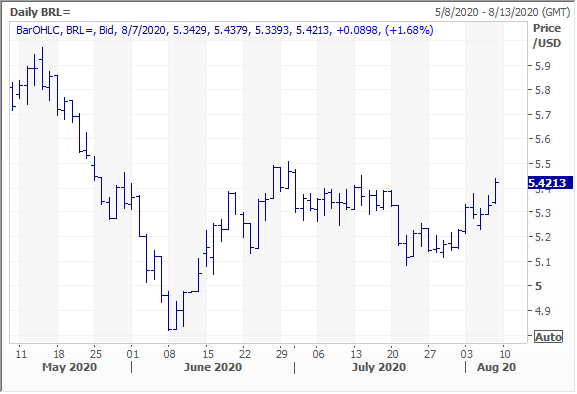 “The
HRW harvest continues to advance with steady to improving quality. The SRW harvest is complete and sampling collection is winding down with a much-improved crop over 2019. Hot, dry weather is pushing the SW crop forward; initial data indicate very good grade
and non-grade factors. HRS and northern durum conditions have improved with warm, dry weather pushing crop development.”