MARKET WEATHER MENTALITY FOR CORN AND SOYBEANS:  U.S. weather is expected to be mostly favorable. Dryness will remain a concern in the northwestern Corn Belt from parts of South Dakota and Nebraska into central and northwestern Iowa and southwestern Minnesota. Other pockets in the Midwest have some dryness, but they not as significant as this region. The potential for significant relief in these drier areas is somewhat low, although a few showers and thunderstorms are expected periodically.

Weather conditions in India and China have not changed much recently and little change was expected for a while. Crop conditions will remain mostly good for corn and soybeans in both countries as well as for some groundnuts, rice, cotton and sorghum in India. China may have lost a little production this year from too much rain in southern parts of the nation’s grain and oilseed production region.

Net drying will occur in parts of Canada’s Prairies for a while this week into next week which may stress a few crops like those of the northwestern Plains. Crop conditions are improving in Mexico and still look good for Australia with significant rain coming soon to that nation.

Early season corn planting will advance quickly in Brazil, but rain is needed to improve soil moisture for emergence and establishment. Dryness and some excessive heat will be a concern for summer coarse grain and oilseed crops in parts of western and southeastern Europe as well as eastern Ukraine into Russia’s Southern Region. Dryness will also continue in some of the sunseed areas of Russia’s eastern New Lands.

Some concern over net drying will also continue in oil palm production areas of Indonesia.

MARKET WEATHER MENTALITY FOR WHEAT:  Most of the damage done to this year’s spring cereals has already been done and no further change of great significance is expected unless the harvest season turns wet.  Some lower production is expected from Russia and Europe due to dryness in the New Lands and in various areas in northwestern and far southeastern Europe. China’s spring wheat has performed well. Australia’s winter crops will benefit greatly from rain coming over the next two weeks and some ongoing dryness in Canada’s Prairies may further stress late filling crops. Argentina drought will not change over the next two weeks. 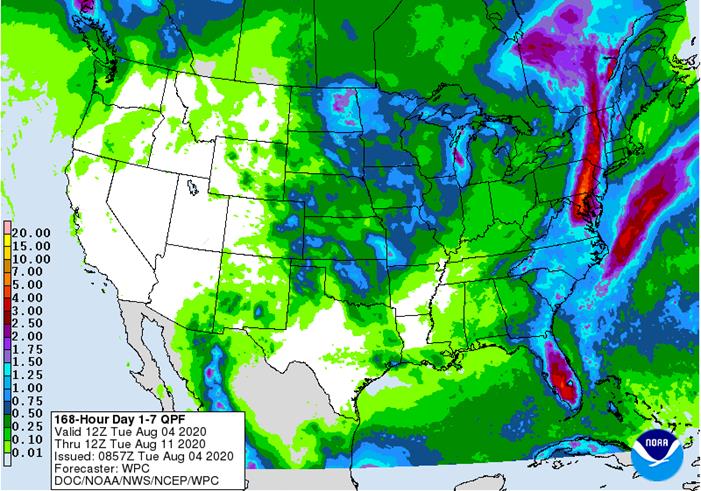 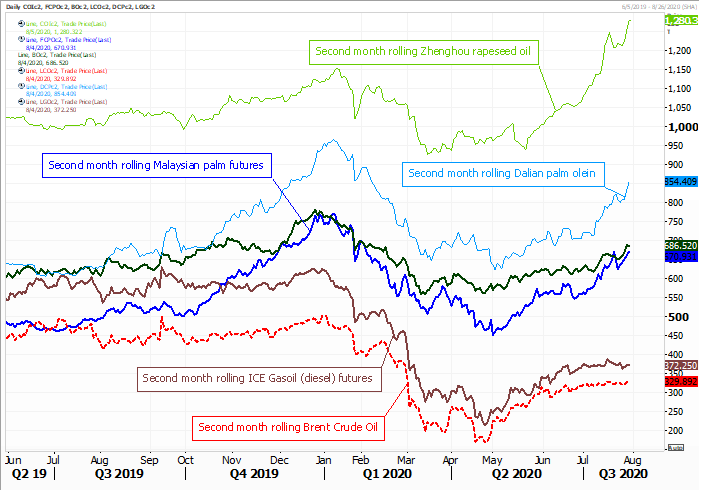