US
corn and wheat balances attached. 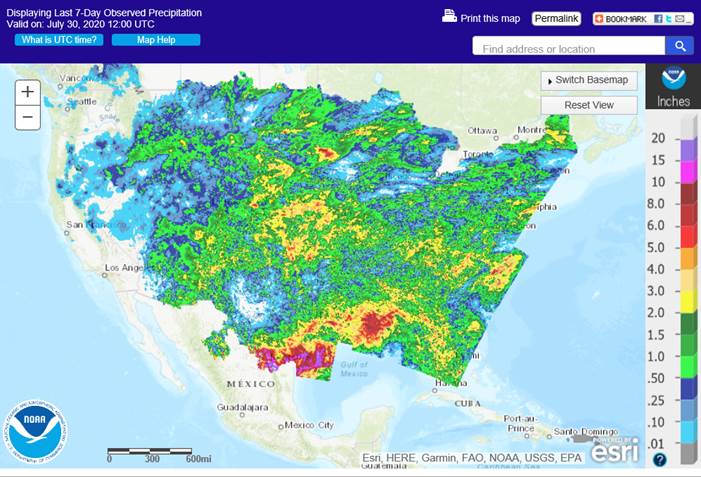 WEATHER
ISSUES OF THE DAY

Southern
Oscillation Index was +4.92 this morning and the index is expected to slowly fall over the next few days 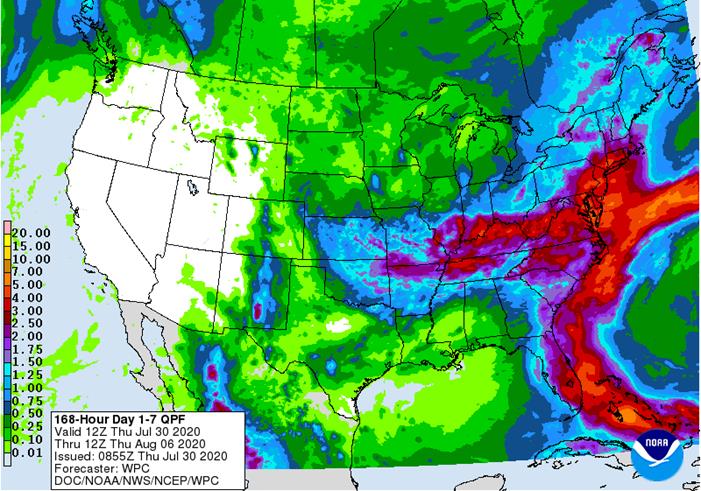 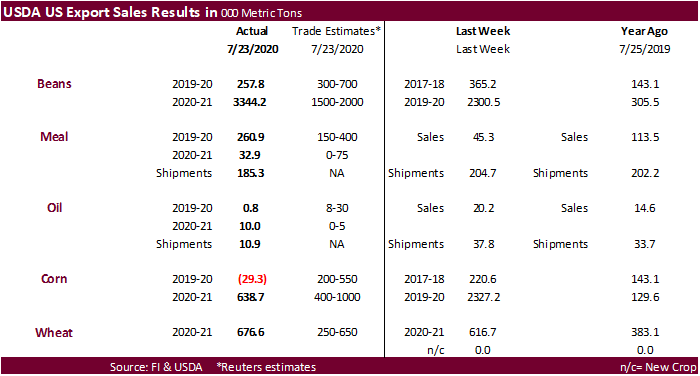 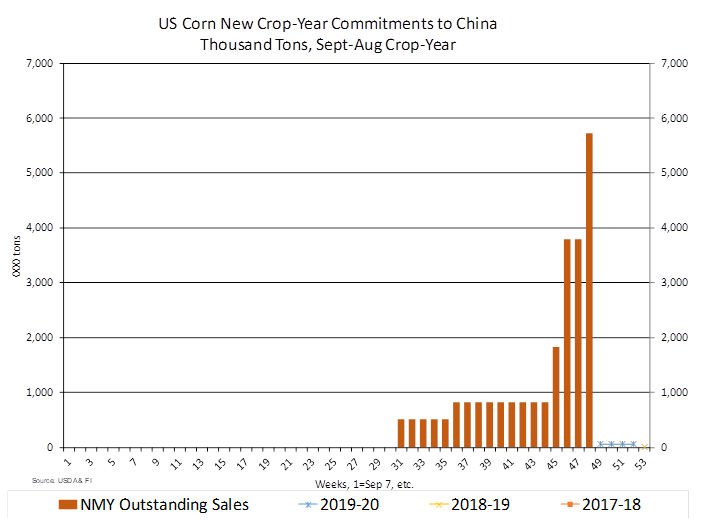 Corn
vols
for this time of year are very low, and at least lowest going back to 2013 (2012 was the drought year) heading onto the August USDA Crop Production report.  Below the blue line represents 2014, the year corn vols dropped out of bed after the August report,
and grey line is the 5-year average.  Yellow is this year.  Will vol decrease further on August 12?  Looking at 2014 we think so if the US corn yield comes in above 182 bu/ac. 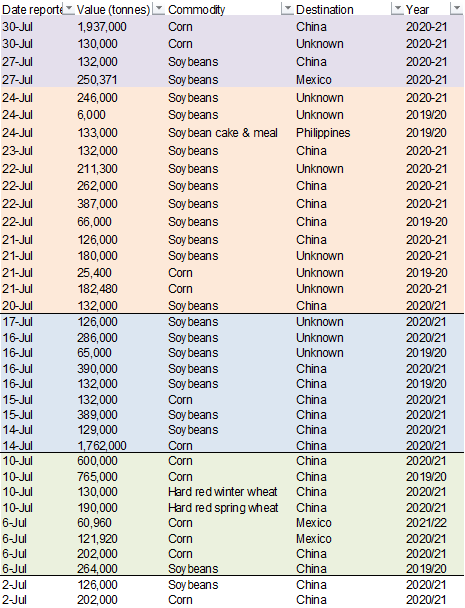 ·
Soybean
started the day lower on bear spreading but turned a corner led by the back months.  Soybean meal was initially under pressure but ended up leading the strength in the soybean complex.  Soybean oil traded higher all day following Malaysian palm and tight South
American soybean oil stocks.

·
The September crush was up sharply today on higher soybean meal and bear spreading in meal.

·
A Reuters poll calls for Brazil new crop soybean production to rise to 130 million tons from 120.9 million tons projected by Conab for 2019-20.  The planted area was expected to increase 3 percent.

·
Indonesia aims to reach its B40 biodiesel target by July 2021.

Soybean
oil has a story centered around slowing South American soybean crush and increase in demand for biodiesel production. 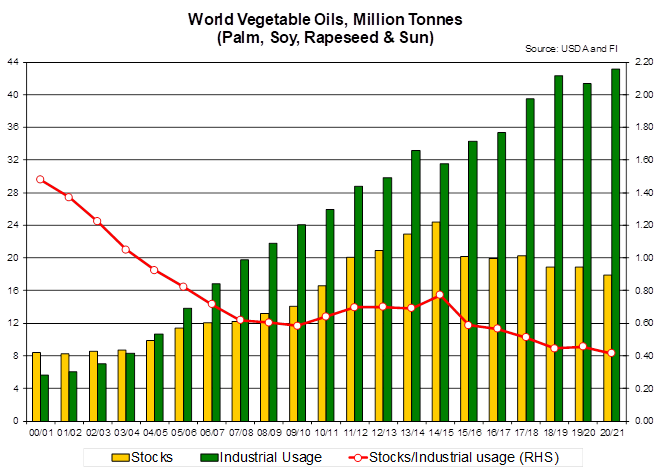 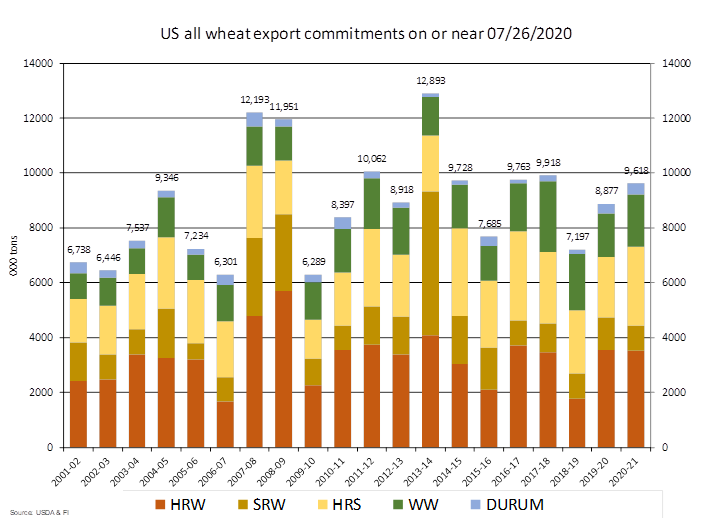 This
summary is based on reports from exporters for the period July 17-23, 2020.

Exports for Own Account:
For 2019/2020, the current exports for own account outstanding balance is 2,100 MT, all Canada.