US
weather continues to remain the driver of the weakness in US agriculture commodities. 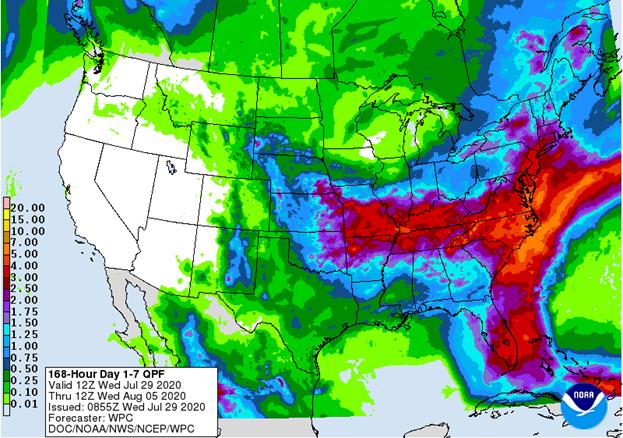 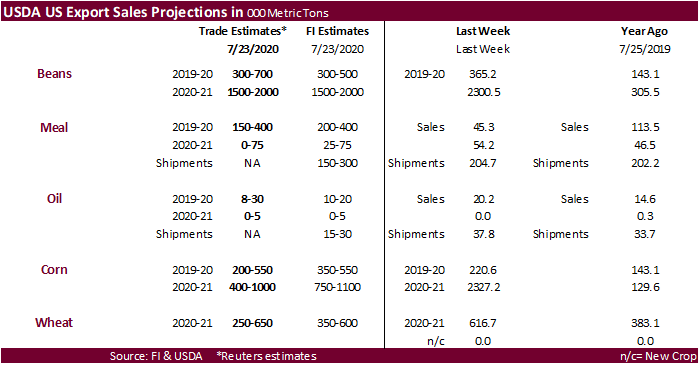 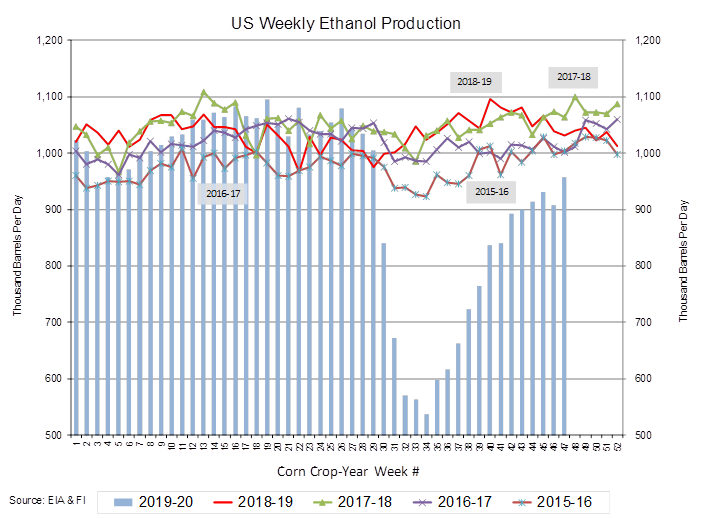 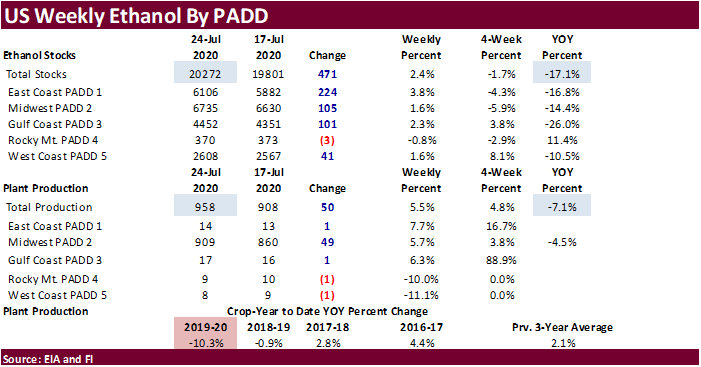 ·
Soybeans traded lower on beneficial US weather and second consecutive day of no USDA export sales announcements.  Spreads were in focus on heavy bear spreading.  Despite lack of spot availability
for soybeans out of Brazil, CBOT August dropped 5.25 cents, September fell 3.25 cents, and November was down 2.25 cents.  There was talk of Brazil soybean cargo crew members tested positive for Covid-19, forcing China to detain the cargo.   Soybean meal dropped
$2.00 basis September, October $1.90 lower and December down $1.80.  The CBOT crush rallied in the front three positions and fell in the back months.
Soybean
oil was higher in part to a upside reversal in Malaysian palm oil and appreciation in South American premiums.

·
Brazil soybean oil cash market is on fire, in part to competing for what is left for soybeans to crush.   Oil World noted Brazil fob soybean oil appreciated to $805/ton basis September position,
up $29 from Tuesday.  Argentina fob was quoted at $752/ton for Aug/Sep.  US fob Gulf was $737/ton for Aug.   Later we heard Brazil soybean oil was offered +700 fob!

·
The Soybean Processors Association of India (SOPA) requested a reinstatement of the 5 percent export subsidy for soybean meal that would effectively stop all exports, in our opinion, and restrict
edible oils imports for next season.

·
Rabobank sees the Brazilian soybean area increasing 3 percent next season to 38 million hectares and production at 127.3 million tons.  All cropland is expected to increase 5.3 percent from the previous
season.