Egypt
is in for wheat.  USDA announced 250,371 tons of soybeans to Mexico and 132,000 tons of soybeans to China. USD was down 74 this afternoon and gold up a strong amount.  US weather looks very good over the next 10 days with no excessive high-pressure ridge and
no prolonged periods of hot temperatures. 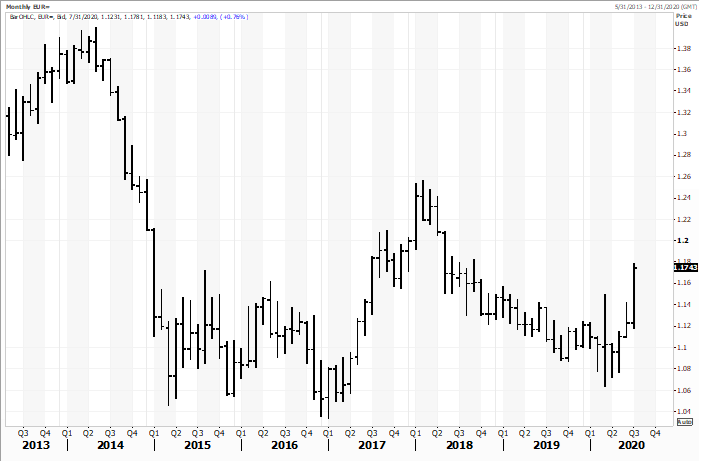 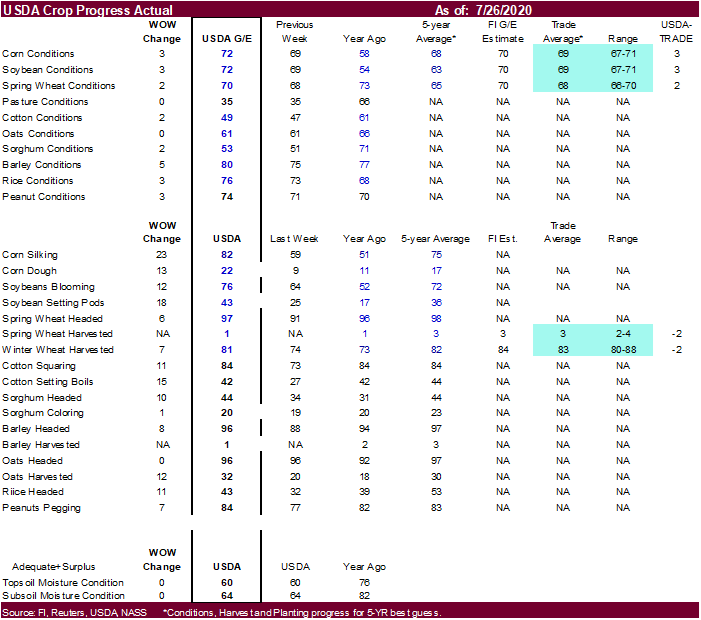 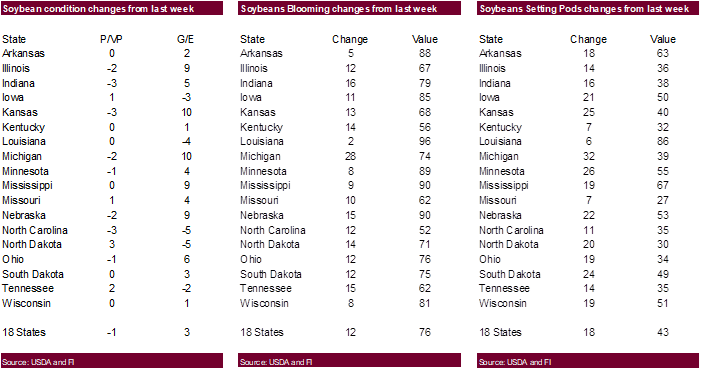 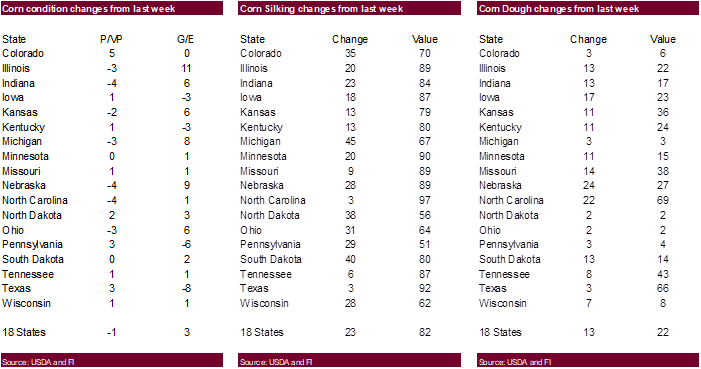 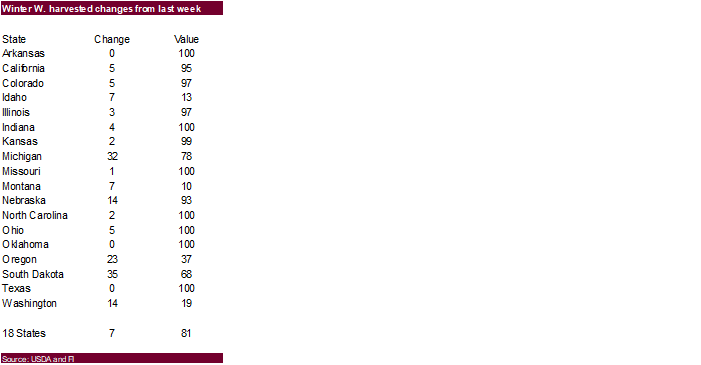 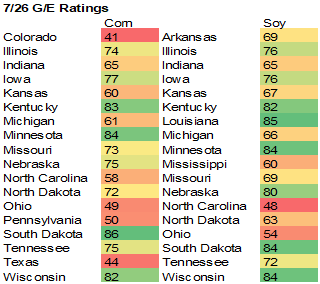 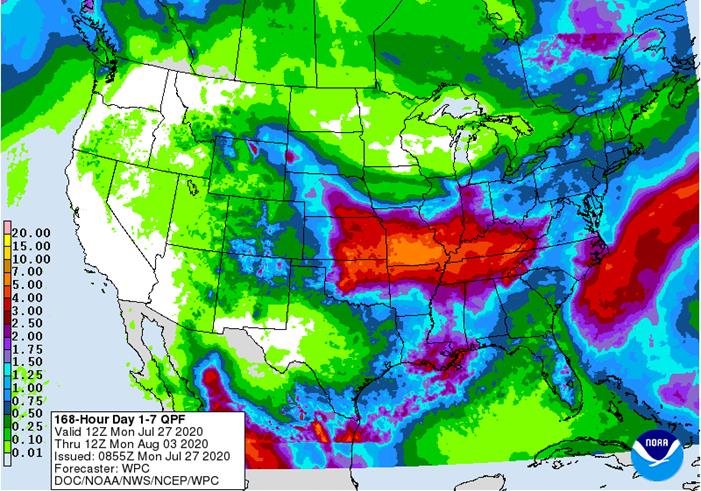 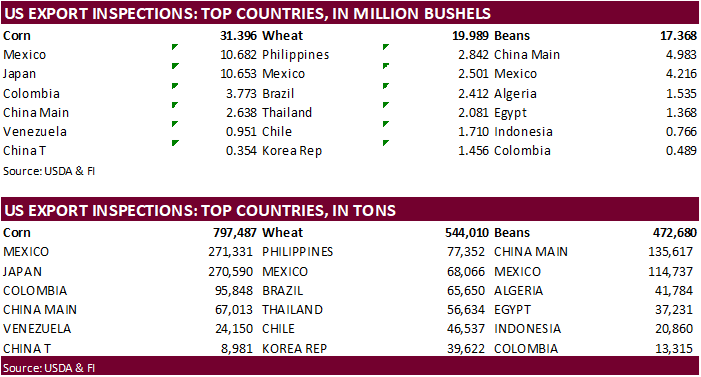