Set aside China/US tensions, and supply and demand took hold over the US soybean complex.  Meal premiums were up in Argentina and China continued to buy US soybeans. As a result, meal and soybeans ended higher and soybean oil was under pressure from product spreading, despite a strong close in Malaysian palm oil futures.  Corn ended higher following soybean meal amid rising feed demand in China.  Wheat was lower as global trade demand eased.  USDA export sales for new crop corn and soybeans were very good. Meal sales were poor, soybean oil ok, and wheat topped expectations. 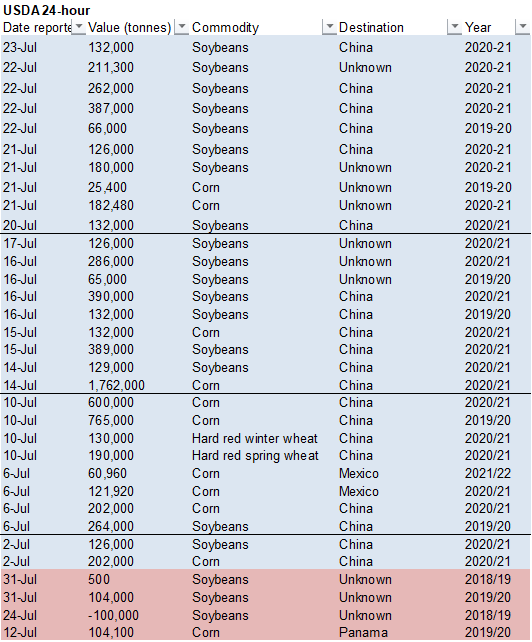 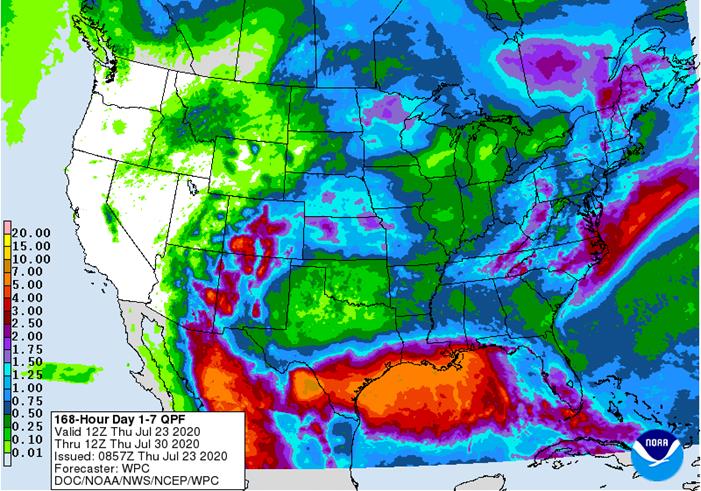 No change in the general theme of weather was suggested today. A weak ridge of high pressure will build over the Midwest during the next few days and then breakdown as we move into next week. The ridge will then center itself over the western United States resulting in a northwesterly flow pattern aloft that will bring weak weather disturbances periodically through the Midwest and northern Plains. These disturbances will continue to generate erratic rainfall across the Midwest periodically during the next two weeks and some areas will get moderate rain while many other areas will not get very much and will have a tendency to slowly dry down. Showers and thunderstorms are still possible in many areas, but the majority of the precipitation will be light and with seasonably warm temperatures prevailing evaporation will take much of the moisture away within a relatively short period of time.

Tropical Depression Eight in the Gulf of Mexico will dominate the Gulf of Mexico over the next couple of days and will probably not be a great enough storm to have a big impact on air circulation over the central Gulf of Mexico Coast states. However, it will attempt to reduce rainfall. Tropical Storm Gonzalo is also too small of a storm and too far away from North America to have any influence on the U.S. weather. However, some of the forecast models have suggested other tropical weather disturbances may evolve or move into either the Gulf of Mexico or the southwestern Atlantic Ocean in the first week of August and these features may contribute to a decreasing influx of moisture into the heart of the Midwest for a little while which may help to contribute to a net drying environment. That may leave the southwest U.S. monsoon flow as the primary source of moisture for Midwestern storms and rainfall during weeks 2 and 3 of the forecast. If the high pressure ridge stays out into the western U.S. for a while or even over the high Plains region it may inhibit some of the monsoon moisture from getting into the Midwest as abundantly as desired and that too could limit rainfall.  World Weather, Inc. is not implying a hot, dry scenario for key Midwestern crop areas, but we do believe a net drying environment may dominate a larger part of the production region as we move into weeks 2 and 3 for the reasons noted above.

Crop damage in Henan and Shandong has likely occurred, but it not nearly as widespread as that of the Yangtze River Basin earlier this month. Drier weather in east-central and southeastern China in the first week of August will be welcome, but much of the crop damage in those areas cannot be reversed. Most of northern China will continue to experience favorable crop conditions; including some very important corn, soybean, spring wheat and sugarbeet production areas

Winter crop conditions will remain good, but there will be an ongoing need for more moisture especially in Queensland and South Australia where soil conditions are driest. 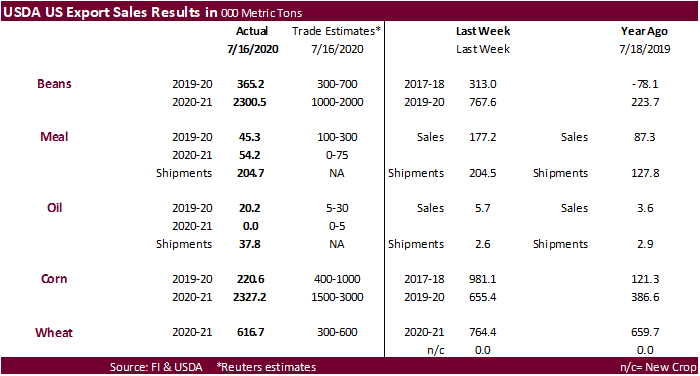 ·         China sold nearly 4 million tons of corn at auction at an average price of 2,017 yuan per ton.  Nearly 40 million tons of corn has been released from reserves!  We understand why USDA added a line in their global balance sheets to show world less China stocks.  What are true Chinese corn stocks?  We estimate less well less than USDA’s 194 million tons projected for the end of 2020-21.  Note we included an updated China corn S&D and have imports exceeding 7.2 million tons for the 2020-21 crop year.  Our theory is China will increase import requirements for 2021 to compensate for a potential record animal unit number for the 2021 calendar year. 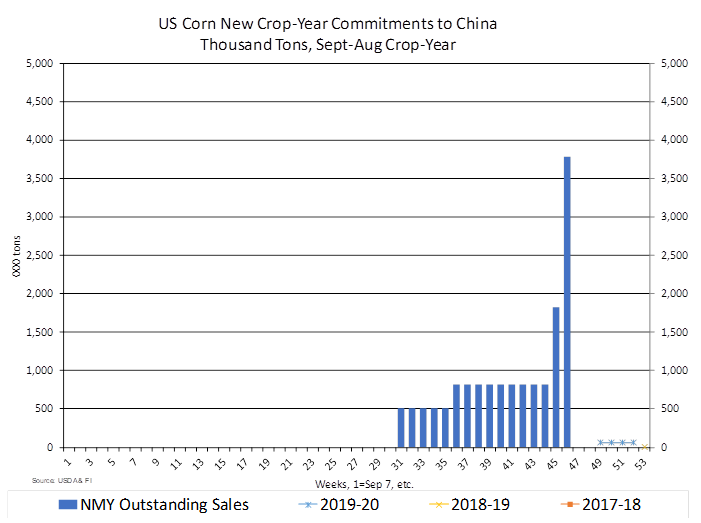 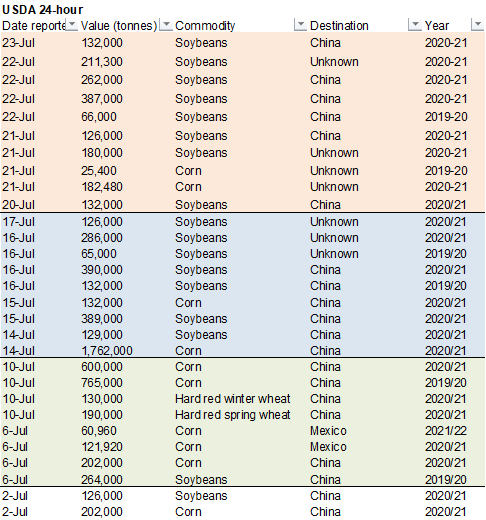 ·         Buenos Aires Grains Exchange reported dryness in northern and central Argentina affected the development of recently planted wheat.  They look for 6.5 million hectares of wheat to be planted, down from an original forecast of 6.8 million hectares.  Plantings are nearly complete.