Other
than rice and nearby Minneapolis wheat, CBOT agriculture commodities traded lower as weather models indicated improving conditions for the US WCB and north of the US border.  Northern and western Alberta will see rain fall periodically.  Northern Saskatchewan
and parts of Manitoba will also get some showers.  For the US, models suggest a cooler than expected August.  Following the hot temperatures over the next week, rain will develop across the WCB and upper Great Plains around the end of this month.  There are
still issues across other parts of the world, most notably China flooding, which in turn could increase their already large appetite for imported grains.  USDA export sales were poor, IMO, except for all-wheat. 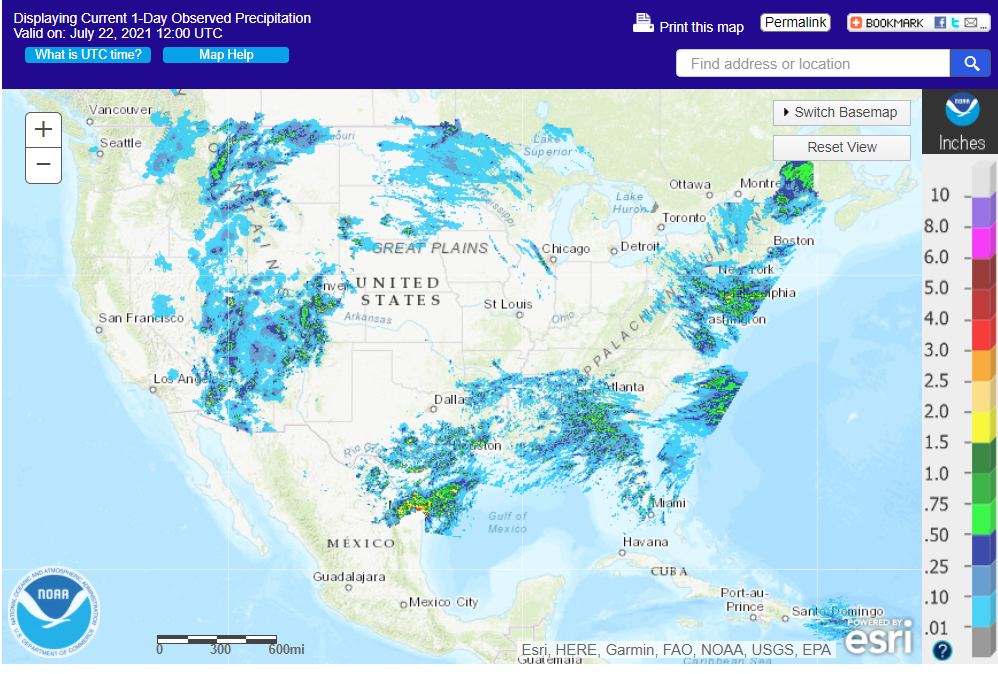 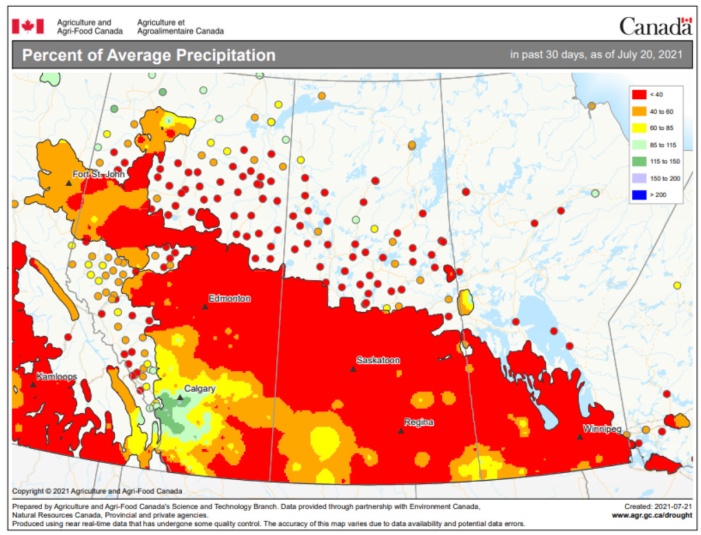 USDA
export sales were poor for corn, soybean meal (marketing year low) and soybean oil.  Soybeans were on the low side of expectations and wheat was within.  The report is viewed negative for the soybean complex and corn.  Pork sales were ok at 24,500 tons and
included 10k for Mexico.  There were 52,200 tons of sorghum sales, for Japan and Mexico. 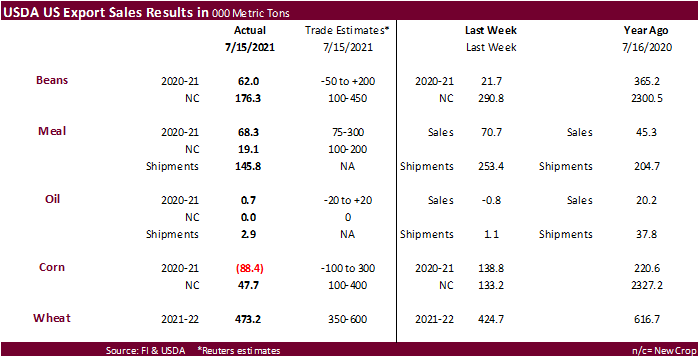