USDA announced 7-8 soybean cargoes were sold to China and 3-4 cargoes to unknown.  China/US trade tensions are back in focus as the US ordered China to close its Houston consulate. 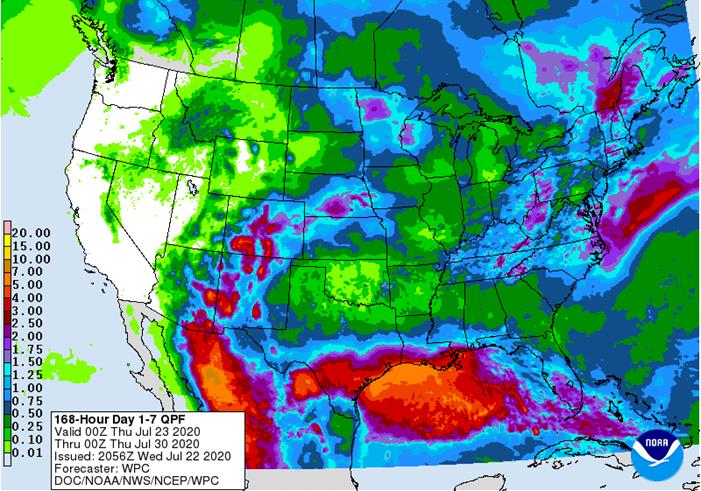 Good model agreement is present today for the U.S. two-week outlook. Ridge building will occur late this week and into the weekend over the Plains and Midwest resulting in warmer temperatures, higher humidity and limited precipitation for a while. A cool airmass will then come from Canada and break down the ridge and bring some relief from oppressive heat and humidity during the weekend . The relief will bring some rain initially and then cooler and drier air for a little while. Some of the models suggest a reinforcing shot of cool air in the second week of the outlook with a little rain occurring as it moves through the Midwest. The monsoon flow will continue to feed some moisture into these weather systems and there will be some rain. The GFS Ensemble and is still the preferred model for the second week of the outlook with a mean position over the high Plains region and weak northwesterly air flow aloft through the northern and eastern Midwest. This will continue to generate some periodic rain and keep temperatures from being oppressively warm in weeks 2 and 3 of the outlook, but the rain amounts expected during that time will often be a little light resulting in some net drying.

Crop conditions should stay mostly good except for a few pockets during the coming ten days. The drier bias in weeks 2 and 3 will not be absolute or widespread, but the combination of typical mid-summer warmth and erratic showers and thunderstorms will lead to net drying in many areas and a close watch will be needed to catch the areas trending too dry before they become a problem. Corn and soybean development is still expected to advance normally over the next two weeks with the exception of a few areas that dry out more than others.

France gets a little rain in the next two weeks, but amounts are still far too light to seriously ease long term dryness. Rain will be a little more significant this weekend into next week in parts of the U.K., Belgium, Netherlands and Germany where improved topsoil moisture is expected for a little while. Net drying is also expected to continue from central and eastern Ukraine into Kazakhstan; including a part of Russia’s Southern Region during the next two weeks.

The bottom line will bring some improved soil conditions to the Ural Mountains region in the central New Lands over the balance of this week with limited rainfall to the northeast. The combination of rain and cooler temperatures will improve sunseed and spring wheat in a part of the driest region, but the greatest rainfall will not be uniform leaving need for additional rain in some areas. World Weather, Inc. is still anticipating the return of a high-pressure ridge to the region in August, but as long as significant rain falls before that event crops will have an opportunity for improvement.

Australia’s winter crops will remain in good shape and will be poised for a good start of more aggressive development in the early spring as long as timely rainfall continues. There is still a dryness concern for parts of Queensland and South Australia and many other areas could dry down quickly if there is not some kind of routine occurrence of rainfall in August.

All figures, except headcount, for feedlots with 1,000-plus head of cattle shown as percentage vs year ago: 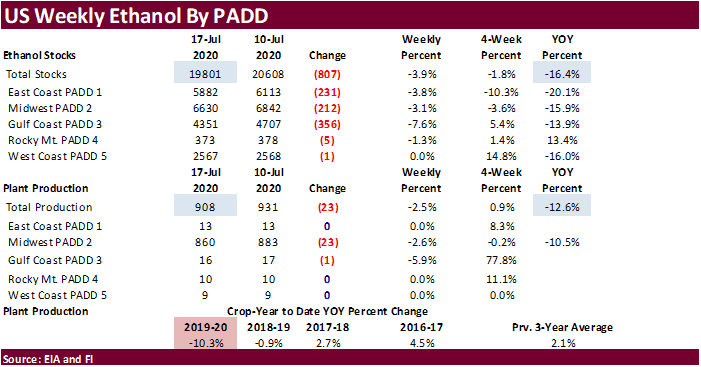 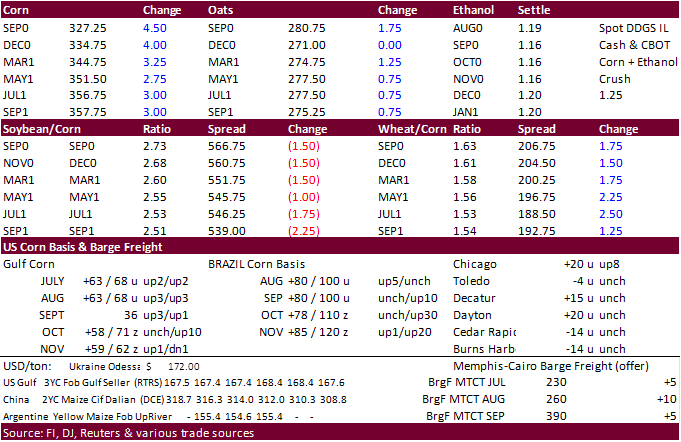 ·         China plans to sell 61,100 tons of soybeans from reserves on Friday, according to Bloomberg.  Separately, 54,000 tons, we read via AgriCensus, will be included for auction consisting of 2017 and 2018 imported soybeans.  They noted around 3 million tons could be auctioned.

·         Argentina grain exporters are objecting to China’s request to guarantee the grain imported is Covid-19 free. 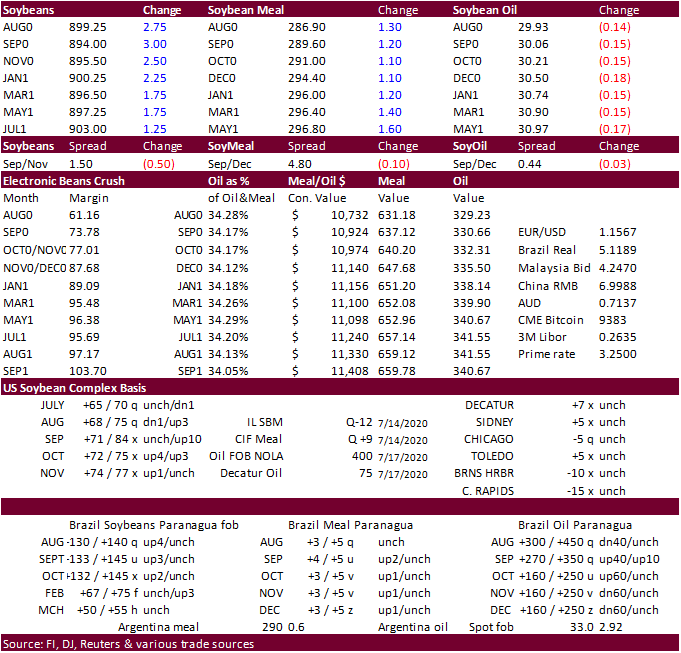 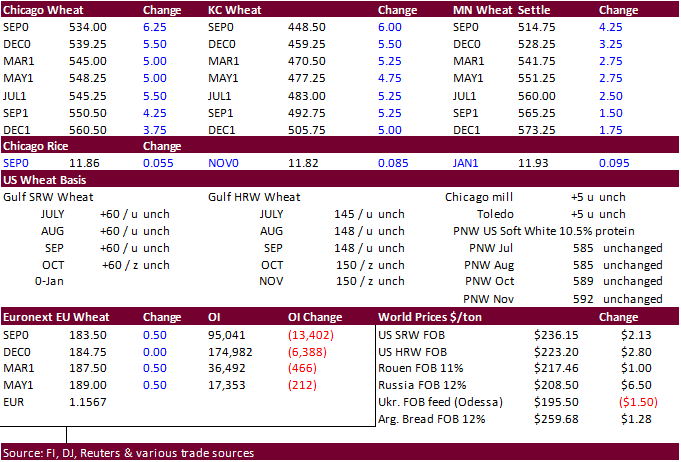