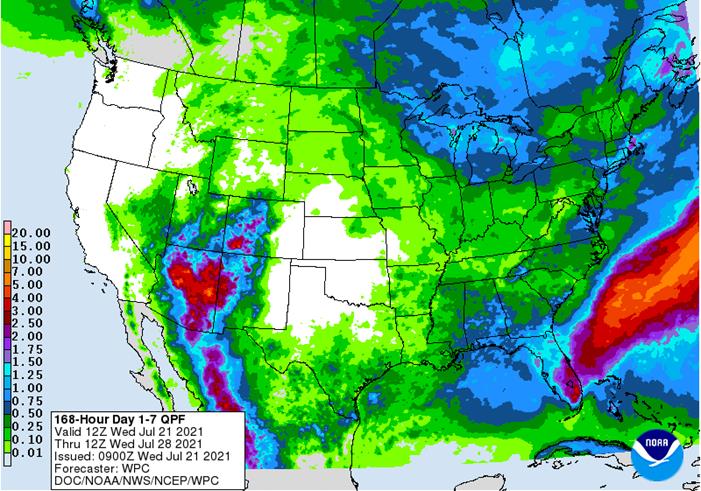 o
Rainfall in the 24 hours ending at dawn today varied up to 30.71 inches in a part of Henan

o
Damage to corn, soybeans, groundnuts, rice and minor cotton may have occurred

o
Portions of Jiangsu, Anhui and Zhejiang will experience flooding from the storm and coastal wind speeds in Zhejiang will be great enough for property damage

o
Quick drying is expected, although crop areas with favorable subsoil moisture will manage through the period of stress without much impact on production

o
Rainfall in the northern Plains and upper Midwest will likely be restricted in the first days of August, but some moisture and relief from previous heat and dryness should occur briefly

o
Less rain in the U.S. Delta will be welcome and should help support improved corn drying and maturation conditions with some harvesting to begin soon

o
Central, northern and western Alberta will experience the most significant rainfall during the next ten days translating into improving crop development

o
Showers in southern Manitoba and southeastern Saskatchewan Tuesday and overnight was disappointing with no more than 0.50 inch of moisture resulting through 0100 CDT today

o
Temperatures are not quite as oppressively hot in Canada as they have been in the past and that is slowing the decline in crop conditions, but the trend remains

o
The drier weather is needed

o
Rain may improve in these areas next week

o
Much of the cool weather was due to rain in the southwest where up to 0.62 inch of moisture was noted

o
Warming and drier weather will occur over the next week

o
Warming is needed and expected along with drier weather

o
Laos, Cambodia and Philippines will see the greatest rainfall

o
Drought conditions are waning, and crops are performing better 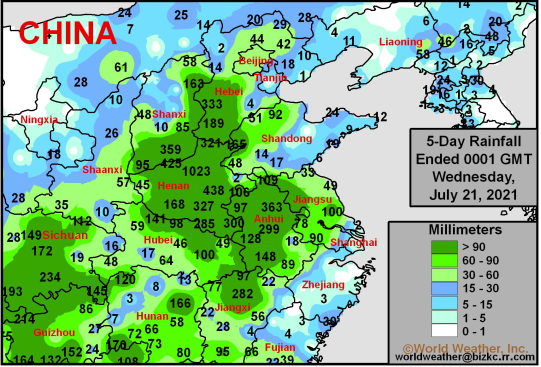 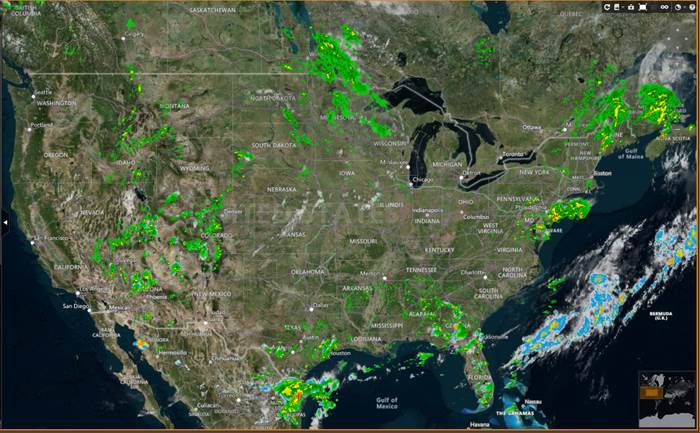 Weekly
ethanol production
fell for the second consecutive week to 1.028 million barrels, down 13,000 barrels (PADD2 down 13k), and stocks shot up 1.384 million barrels to 22.518 million, highest since mid- February 2021. Traders were looking for a 1,000 barrel increase in production
and stocks to be up 243,000 barrels.  Note nearly every week in history we see ethanol stocks shoot up more than 1 million barrels, they tend to correct (draw) the following week or two.  We don’t read too much into this report today.  Ethanol in-transit during
the previous weeks when production was running much higher than 1.028 million was likely finally accounted in stocks.  US gasoline demand improved from 9.283 million barrels to 9.295 million from the previous week and is 8.7% higher than this time last year
and 3.9% lower than 2019.  The ethanol blend rate was 91.7% for finished motor gasoline, down from 92.2% previous week. 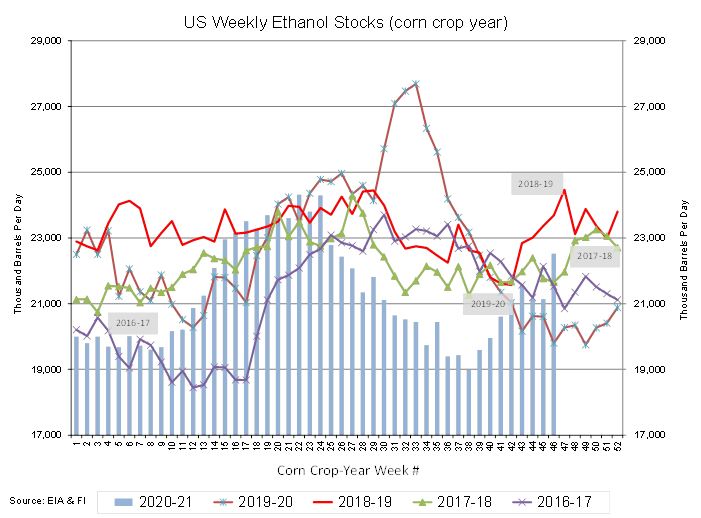