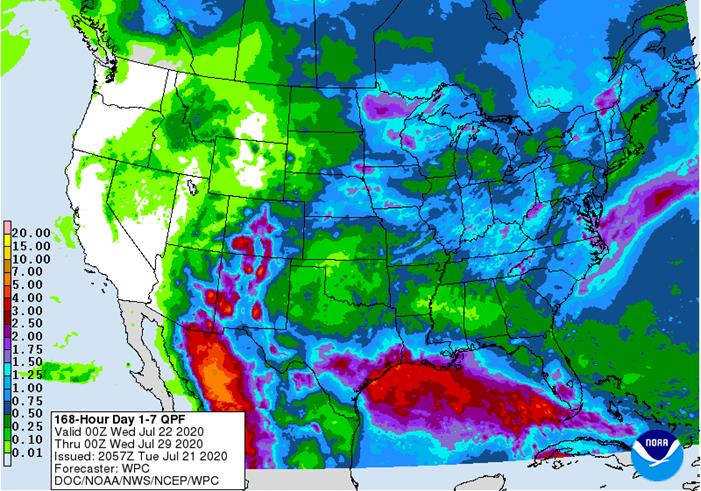 The bottom line does not bring much change to the European Continent in this first week of the outlook and if rain evolves in the following week as advertised there would be some relief to dryness in parts of northwestern Europe while conditions elsewhere are mostly status quo. The lack of rain in this first week of the outlook in France and neighboring areas will maintain a stressful environment for summer crops even though there is not much heat. In the meantime, limited rain is still advertised from eastern and southern Ukraine into Russia’s Southern Region raising concern about long term soybean, corn and sunseed production in unirrigated areas.

The bottom line offers only partial relief to the dryness situation in the central New Lands. Rain is going to occur in the Ural Mountains region during the balance of this week with sufficient rain in some areas to dramatically increase soil moisture. However, many other New Lands’ locations will not get much rain until next week and at that time the rain is expected to be light and somewhat sporadic, although most areas get at least some moisture. The environment should provide some relief to moisture stress for sunseed and spring wheat, although it is questionable how much relief will occur in areas nearest to Kazakhstan.

A good mix of weather is expected in northern China over the next two weeks with most areas getting alternating periods of rain and sunshine. There will be some areas of net drying, however, and those pockets will be closely monitored in the most important corn and soybean production areas in the northeast for a while. In the meantime, additional rain will impact the Yangtze River Basin over the coming week to ten days, but the last days of July and early August may be drier and there will be no one in China complaining about that change for a while. Localized areas of flooding will still continue until the drier days of late July and August arrive.

Rain in New South Wales and Queensland Thursday into Friday will be welcome and good for crops. Greater rain will still be needed in Queensland and South Australia 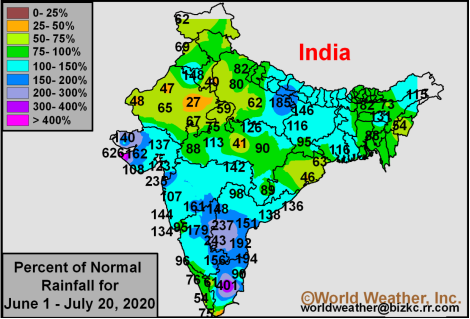 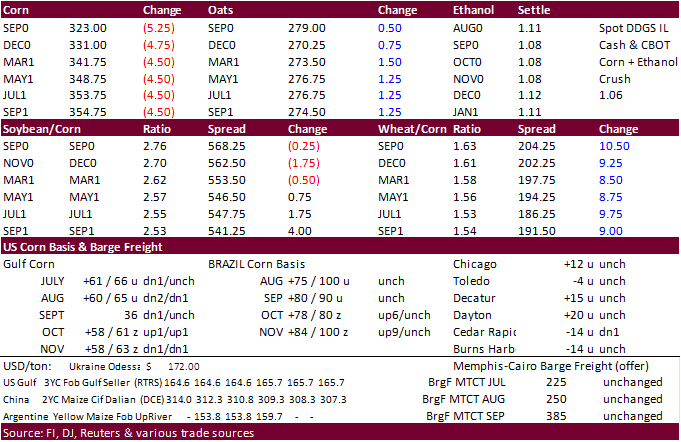 ·         China plans to sell 61,100 tons of soybeans from reserves on Friday, according to Bloomberg.  54,000 tons, we read via AgriCensus, will be included for auction consisting of 2017 and 2018 imported soybeans.  They noted around 3 million tons could be auctioned.

·         The BRL hit a one month high.  Stimulus package was helping that currency. 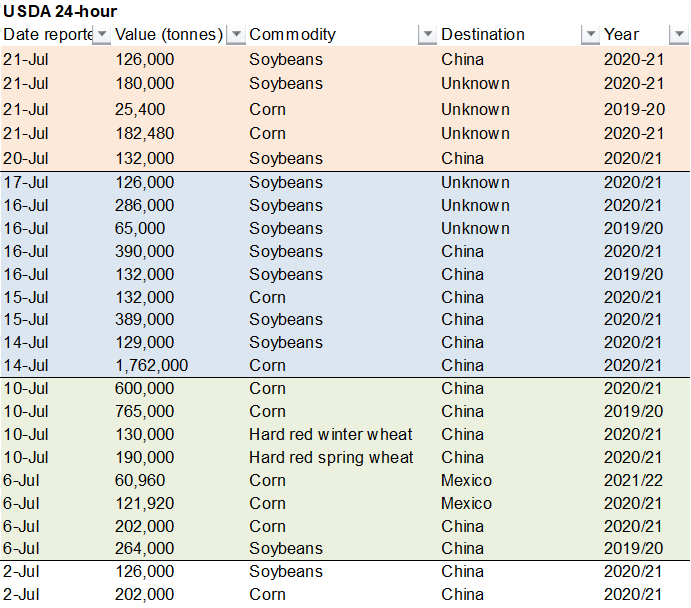 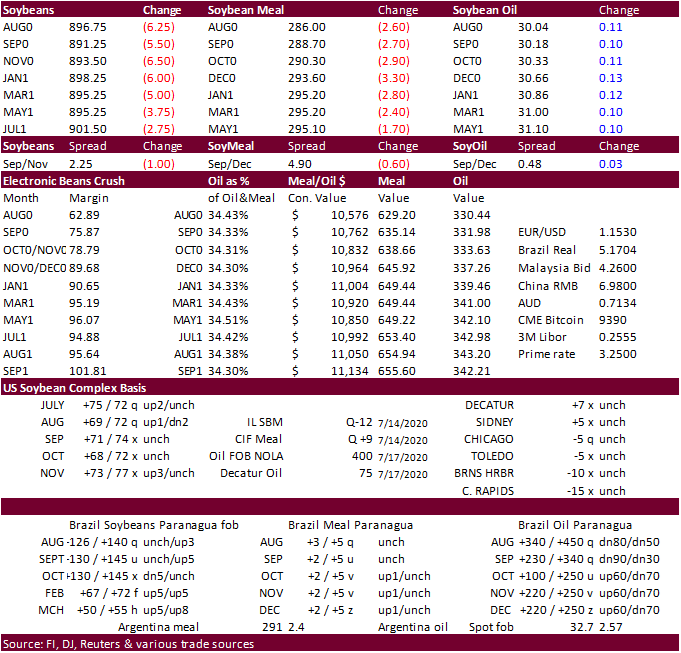 ·         Germany will see a hotter and drier forecast, facilitating harvesting of their wheat. 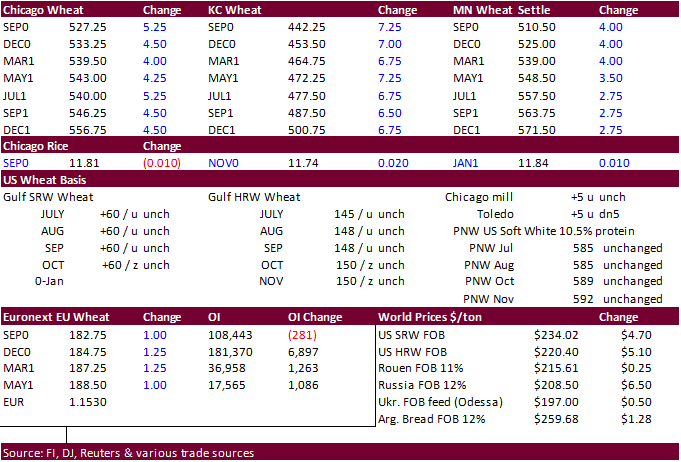