Higher
trade on unfavorable US weather with exception to Minneapolis wheat from profit taking. 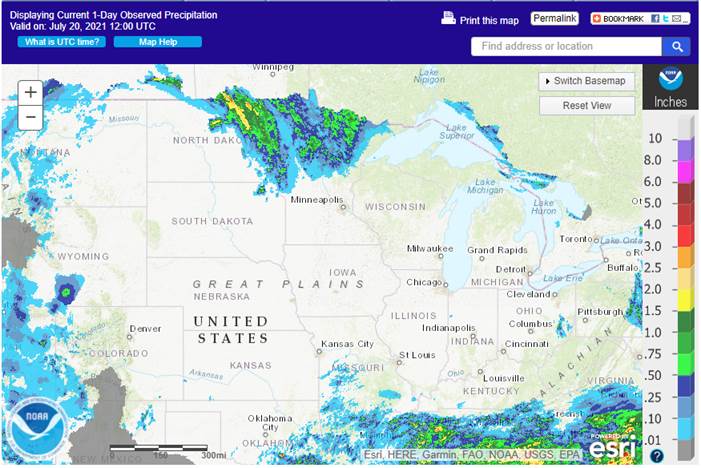 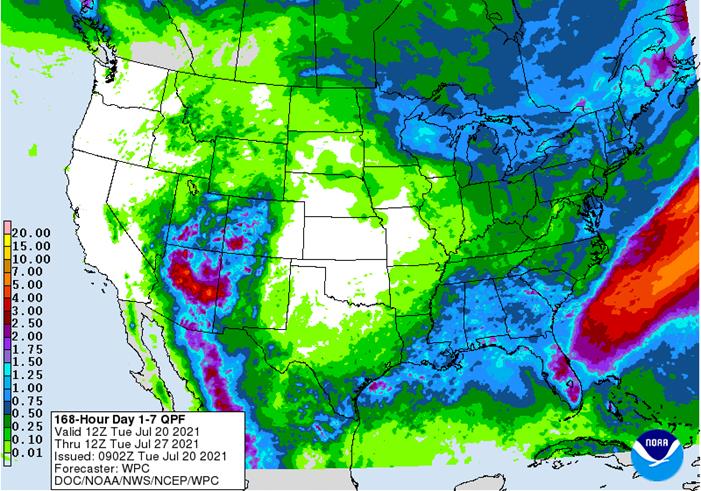 o
Temperatures were colder than those of Monday morning

o
The storm will eventually move inland over Guangdong, China today and heavy rain from the storm is expected through at least Thursday resulting in some flood damage to rice and personal property

o
The storm will also impact southeastern Guangxi before moving into the Gulf of Tonkin and then turning southeastward toward Hainan, China Friday into the weekend

o
In-Fa will continue to intensify and will pass to the immediate north of Taipei, Taiwan Friday

o
Landfall will ultimately end up over Zhejiang, China this weekend at which time torrential rainfall is possible along with very strong wind speeds

o
Totally dry weather is not expected, but temperatures will be warm enough to evaporate most of the precipitation shortly after it falls

o
The drier weather is needed

o
Heavy rain occurred overnight in the central Yellow River Basin and that precipitation will move east into Shanxi, Hebei and part of Shandong today and early Wednesday before abating

o
Damage to rice and sugarcane is possible

o
The storm will also bring heavy rain and flooding to Zhejiang, southern Jiangsu, southeastern Anhui and northeastern Fujian late this week and into the weekend

o
Some flooding is expected

o
Much of the cool weather was due to rain in the southwest where up to 1.00 inch of moisture was noted

o
Warming is needed and expected along with drier weather

o
No land impact is expected from either of these storms

o
Laos, Cambodia and Philippines will see the greatest rainfall

o
Drought conditions are waning and crops are performing better 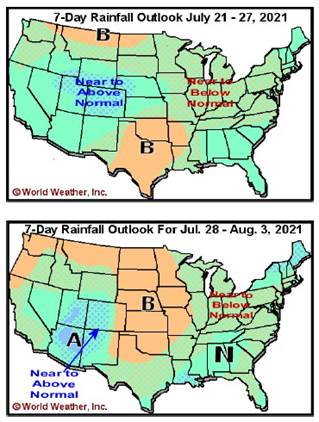 There
is a US bill out there to repeal the ethanol mandate.

U
of I article on real dollar corn and soybean costs

Zwilling,
B. “How High Are Current Prices and Costs?.” farmdoc daily (11):107, Department of Agricultural and Consumer Economics, University of Illinois at Urbana-Champaign, July 16, 2021.