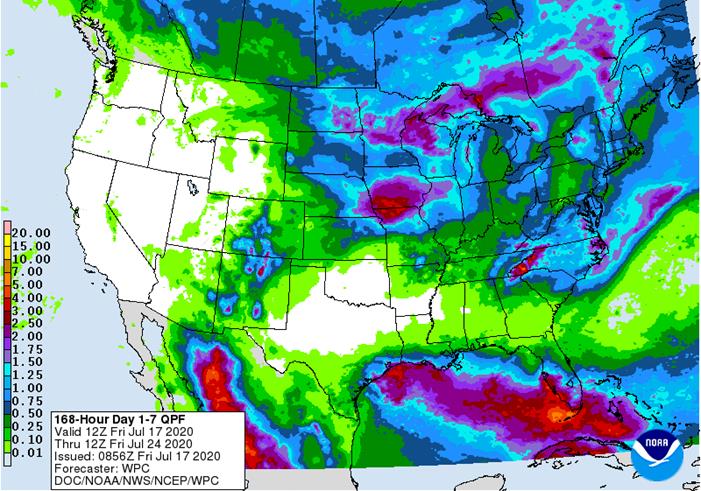 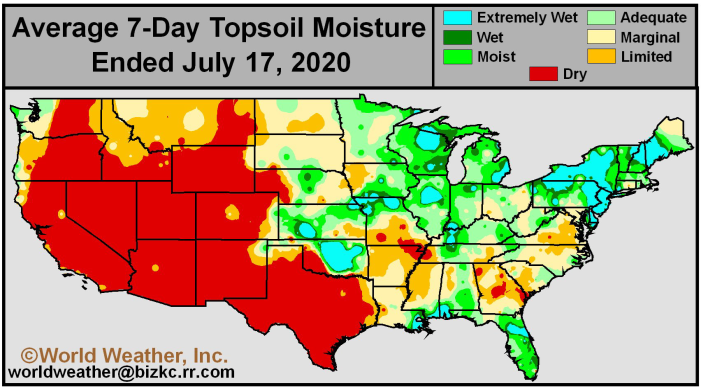 The bottom line is still hard to get very excited about problems in key U.S. crop areas during the next two weeks. However, keep a close eye on the distribution of rainfall because some areas may be missed by some of the rain a little more often than others. No widespread dryness problem is expected through the end of this month and corn pollination will likely complete relatively well. Soybeans will also move into August in mostly good shape, but there will be some pockets of dryness that will have to be closely monitored.

The bottom line is a good mix of rain and sunshine for northern and far southern China over the next ten days, but this weekend’s excessive rain event will raise the potential for some crop damage in east-central parts of the nation; including southeastern Henan, Jiangsu, northern Anhui and possible far southern Shandong. Improving weather will occur after the first part of next week for the flood ravaged areas.

Recent comments in the marketplace about recent excessive rainfall in Indonesia causing a threat to the oil palm crop are untrue.  Flooding may be temporarily causing some transportation issues, but the crop has been unaffected and will not be affected 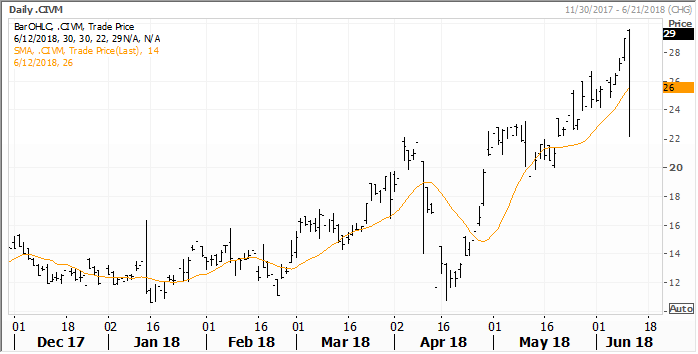 ·         China cash crush margins as of this morning, using our calculation, were 135 cents per bushel (125 previous) and compares to 89 cents a week ago and 41 cents around this time last year. 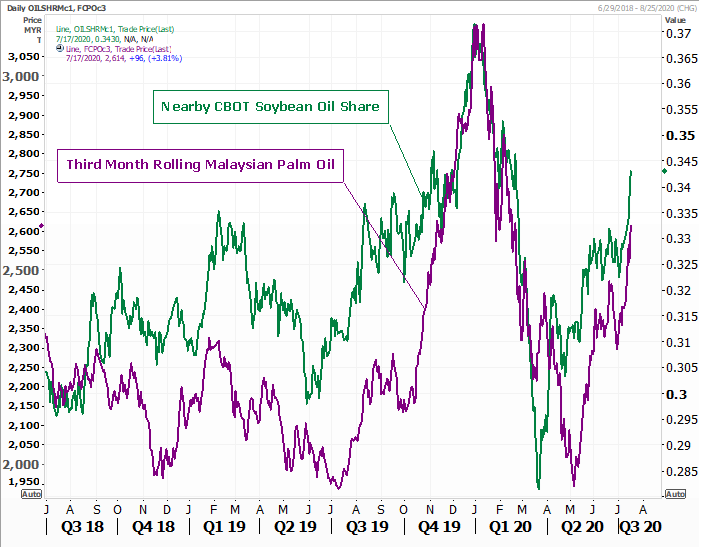 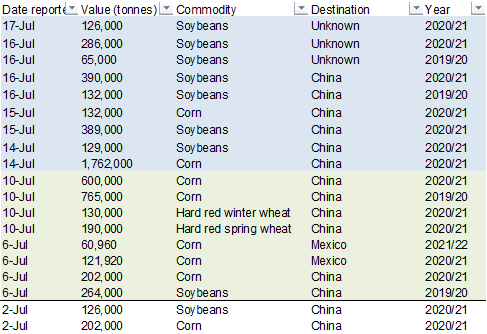 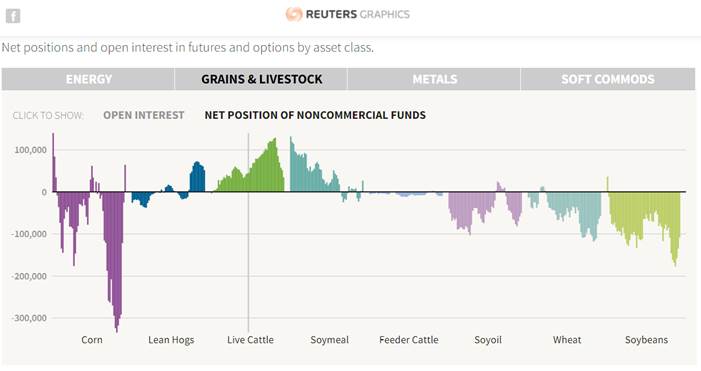