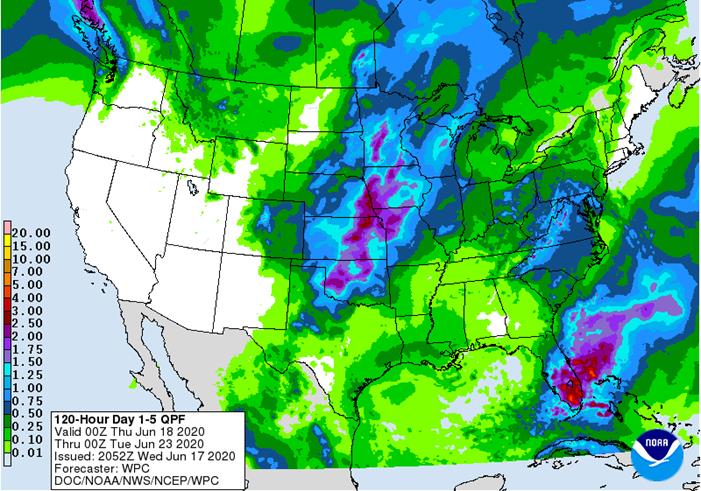 All figures, except headcount, for feedlots with 1,000-plus head of cattle shown as percentage vs year ago:

·         Corn increased today on the EIA report which showed increasing production.  Weighing on corn today was wheat and great weather across the Corn Belt.

·         China corn futures remain near a 5-year high despite corn reserve sales, a signal large imports from Ukraine and potentially from the US could be on deck during the 2020-21 marketing year, dependent on the size of this year’s domestic crop.

·         USTR Lighthizer told lawmakers today that the US will “act early and often” to enforce the USMCA which takes effect on July 1.

·         Uzbekistan plans to buy over 3 million tons of grain for state reserves.  This will be bought from the domestic market. 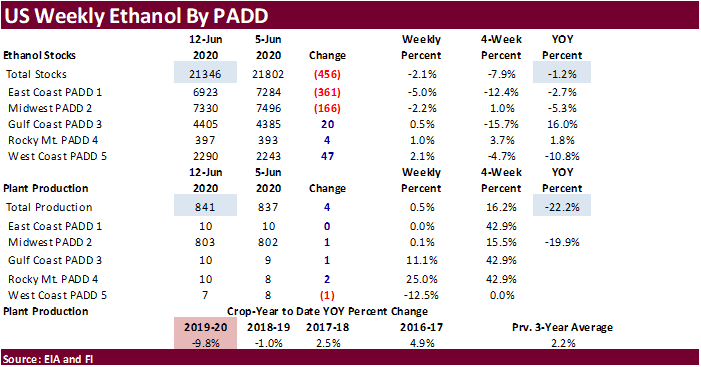