USDA
reported another 2 cargoes of soybeans to China.

WEATHER
TO WATCH THIS WEEKEND 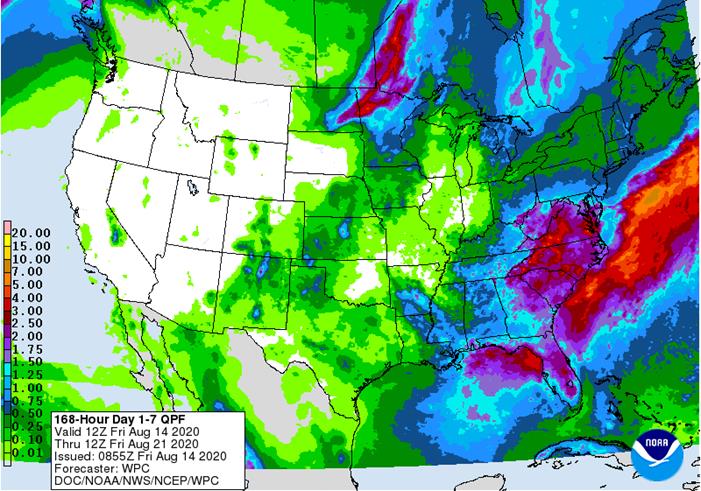 “The
HRW harvest moved close to 90% complete this week with very good crop quality. The SRW harvest is complete with final quality results still to come. With close to half the SW crop in the bin, protein, moisture and test weights are looking very good. HRS harvest
advanced and northern durum harvest started this week. Heat and dryness brought down official condition and yield potential ratings but will push crop maturity and harvest this week.”