Please note I will be out of the office on Friday.

Our Sep. 28 USDA reports are included in this comment.

・         The central and eastern North America will see a cold air mass next week, bringing frost like condition that will extend into early October.

・         The Northwestern US Plains and southern most Canada Prairies will receive periodic precipitation slowing farming activity.

・         The US Southern Plains will see rain through the end of this weekend.

・         Russia’s Volga River Basin will see two waves of rain. The first occurs Sunday into Monday and the second a little later next week.

・         Western Australia will trend wetter last days of September and early October, but confidence in the rain event is low. East-central Australia may get some showers this weekend, but mostly in northeastern New South Wales and extreme southeastern Queensland.

・         After seeing rain, China’s weather will trend drier again in the Yellow River Basin for a while. 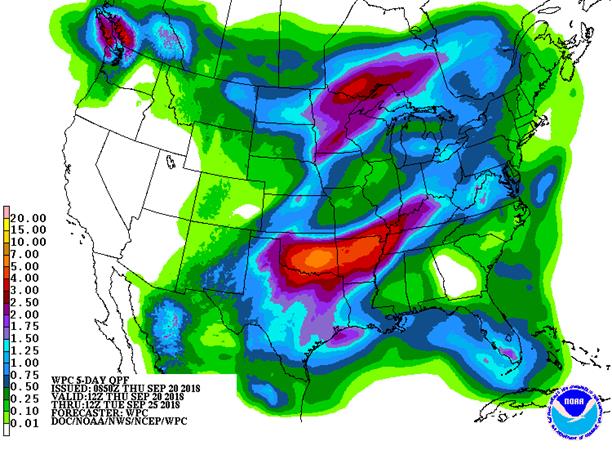 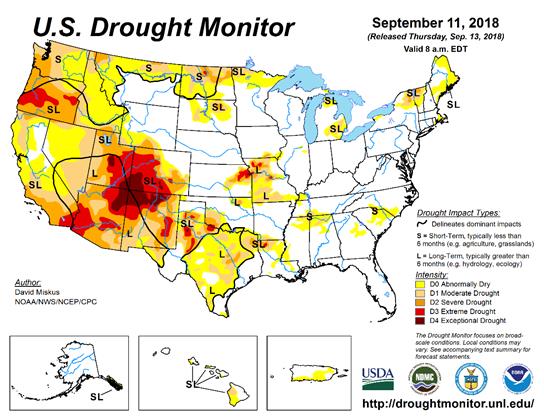 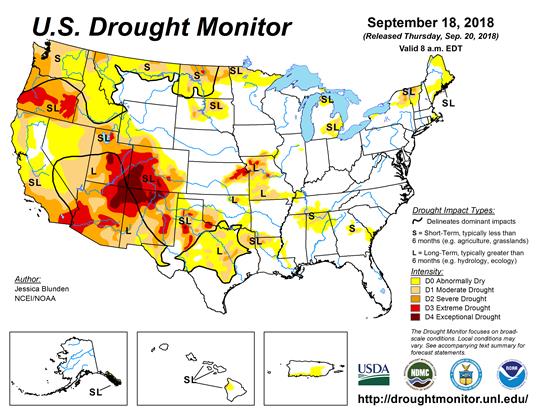 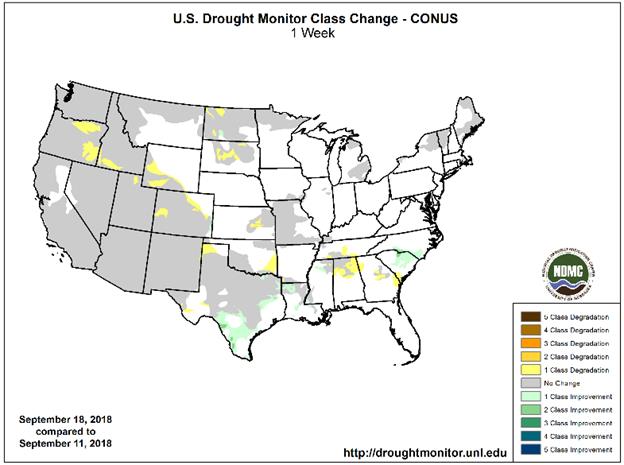 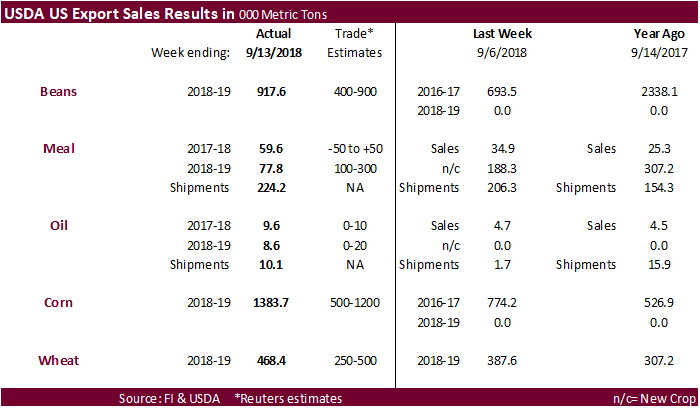 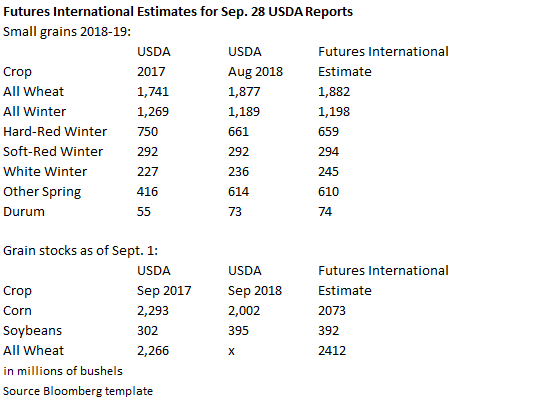 ・         Corn futures appreciated on buy stops after shorts decided to exit their positions amid contracts inability to grind lower in line with soybeans and wheat early on Thursday. This sparked a flurry of buying across the soybean complex and corn. Wheat ended mixed when taking into account the three US markets. December corn ended 6.75 cents higher at $3.5250.

・         USDA export sales for soybeans were better than expected although we don’t see Argentina in the summary text. Soybean meal was on the lower end and soybean oil within expectations. Shipments of both products were ok.

・         Some traders said the rally in soybeans today was China related, in that they are buying from Argentina and relaxing on import controls (VAT, tariff, and/or inspections) for other exporting countries that traditionally don’t supply China. We think a shift in the global trade balance from one country to another is not necessarily a supportive feature.

・         A real bullish factor would be Brazil joining Argentina in buying US soybeans to crush for meal.

・         China plans to impose import tariffs on US goods as soon as October. At the same time they may relax on Indian ag product export controls.

・         JCI warned reducing animal feed may disrupt China’s pork supply. Reduction of soybean meal in animal feed rations by 2-3% could extend the growing period of hogs. JCI also mentioned China will continue to take previously booked US soybean cargos, crush it, and export the soybean meal. This does not make sense to us. In a Bloomberg article, it was noted about 400,000 tons out of 700,000-800,000 tons booked have been shipped and some cargoes have already unloaded for crushers including plants in Shandong, Guangdong and Guangxi.

・         The market share for soybean exports to the EU has increased, but it’s a small total relative to the global trade balance.

・         India officials met with Chinese officials on Wednesday about opening exports to China, specifically soybean meal and other feed stuff.

・         Elevators out east could take North and South Dakota soybeans, if elevators across the northern Plains are in fact turning some producers away. 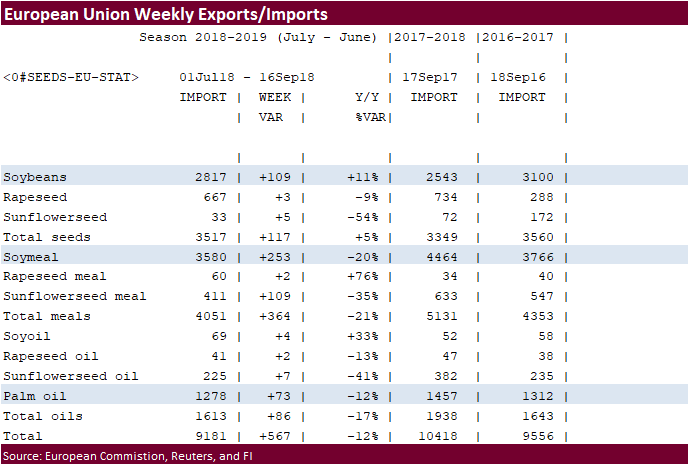 ・         Frost and light freezes occurred along the western slopes and Great Dividing Range of Victoria and southeast New South Wales this morning. Not much damage was suspected. (World Weather Inc.)

・         Russian wheat exports during the first 11 weeks of the local crop year are up 48 percent from last year.

・         Turkey seeks up to 252,000 tons of red milling wheat for October 2-22 loading, possibly as early as September 22. The depreciation of the lira sent importers seeking Turkish wheat flour, causing them to restrict exports.  But countries like Iraq that heavily depend on flour from Turkey may have to import from other countries.