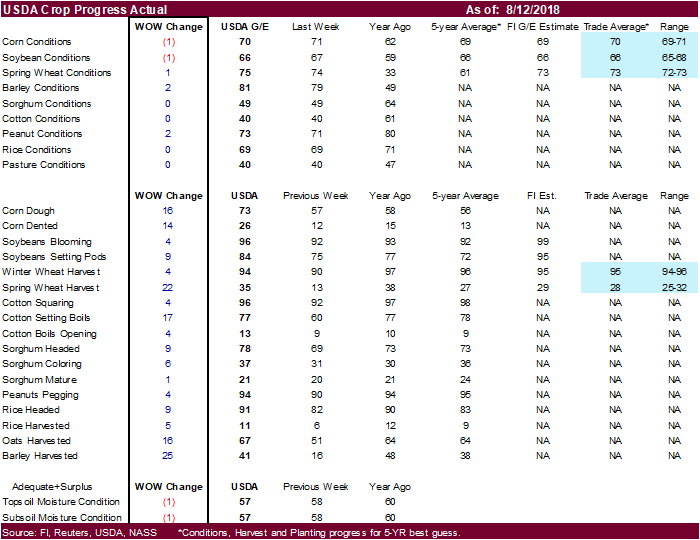 ·         USDA US crop conditions declined one point in the combined good and excellent categories for corn and soybeans. 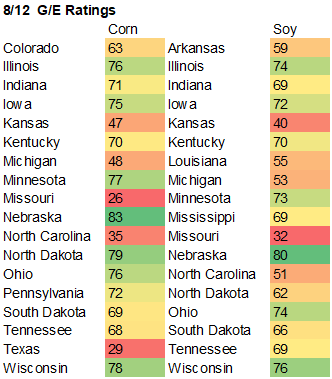 in most areas from east-

central and SE Neb. and

and NE Mo. with up to

south Il. to central In. 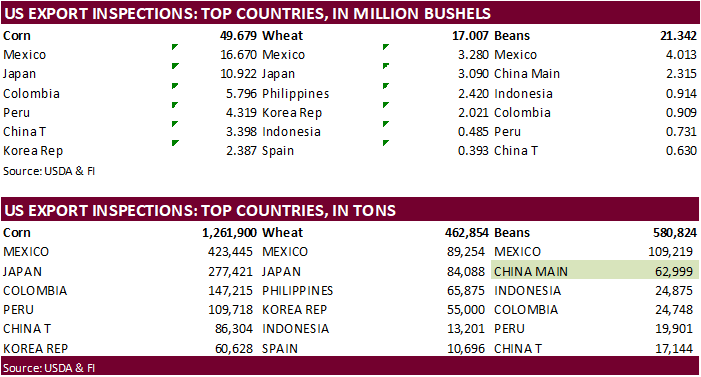 ·         USDA US crop conditions declined one point in the combined good and excellent categories for corn. 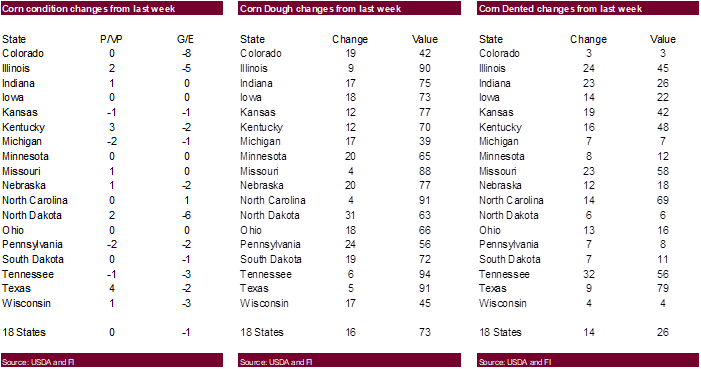 ·         A couple positive developments on the US exports reversed the negative undertone in CBOT soybeans as prices saw nearly a 20-point swing in the September contract. A wide two-sided trade was also realized in soybean meal and soybean oil. US export inspections this week included a cargo for China and under the 24-hour announcement system US exporters sold soybeans to Mexico. Soybeans initially extended losses early Monday from follow through selling on record ending stocks for US and world as predicted by USDA and mostly favorable US weather. Good rains fell in the southern US Great Plains. This pressured wheat as well, but that market never recovered like the soybean complex. The northern part of the US Corn Belt had rain over the weekend but rain that fell last week boosted soil moisture levels.

·         Some traders are looking for China to purchase US soybeans in coming weeks to make up for a Q4 shortfall in supplies. There is one 70,000-ton US soybean cargo unloading at Dalian, according to Reuters. It’s been parked there for a month. Port congestion was one of the reasons for the delay. Sinograin will pay the tariff on the delayed 70,000-ton cargo of about $6 million (USD).

·         USDA US crop conditions declined one point in the combined good and excellent categories for soybeans.

·         NOPA is due out on Wednesday with the July crush. Look for a record for the month, but down slightly on a daily adjusted basis from June due to downtime.

·         The Argentine peso weakened to a new low. The central bank raised its main interest rate to 45 percent and will leave it at that level until October.

·         Malaysia’s CPO export tax was set at zero percent for September, down from 4.5 percent in August.

·         Germany plans to end the use of glyphosate. A major ag company recently lost a case in California and some SA countries are looking to end the use as well. 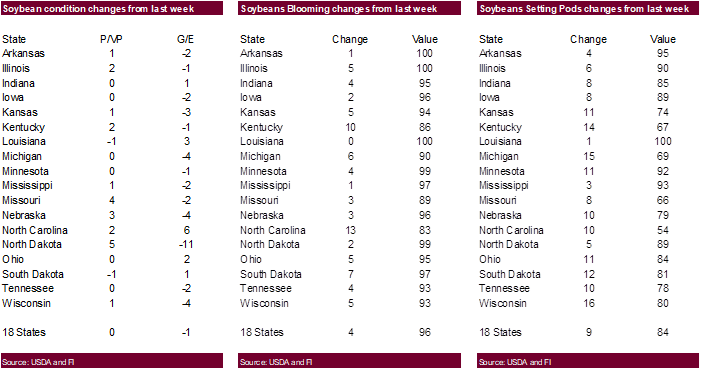 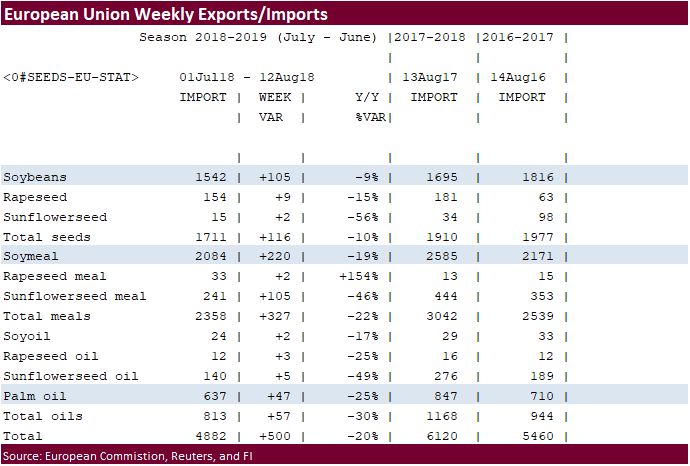 ·         US wheat futures fell on improving US weather and spring wheat harvesting pressure. The long fund position in wheat is starting to come off and that added to the negative undertone.

·         US wheat inspections were second highest season to date.

·         US spring wheat harvest progress was reported up 22 points to 35 percent, 7 points above a Reuters trade guess and compares to 27 percent for the 5-year average.

·         US winter wheat harvest progress was reported up 4 points to 94 percent, one point above a Reuters trade guess and compares to 96 percent for the 5-year average. 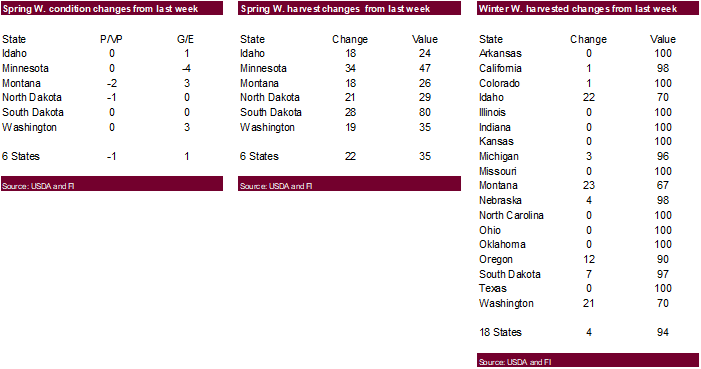 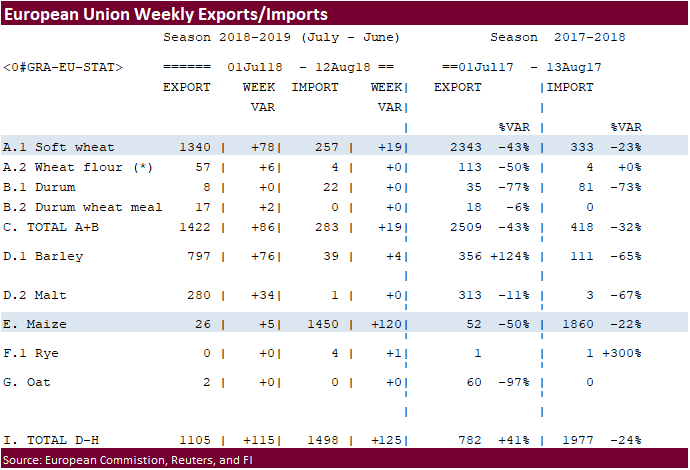